YeeHaw! Alan Doyle everybody! sing and dance and fall to your knees to try to get one more song out of Doyle, because this is one night when you wont want to go home! Alan Doyle, front man of folk-rock band Great Big Sea, has come all the way from Newfoundland bringing his honest to life country? Island, music with him, so, buy your tickets and come on down to Queen Elizabeth Theatre on Sunday 8th March 2020 for a great time! 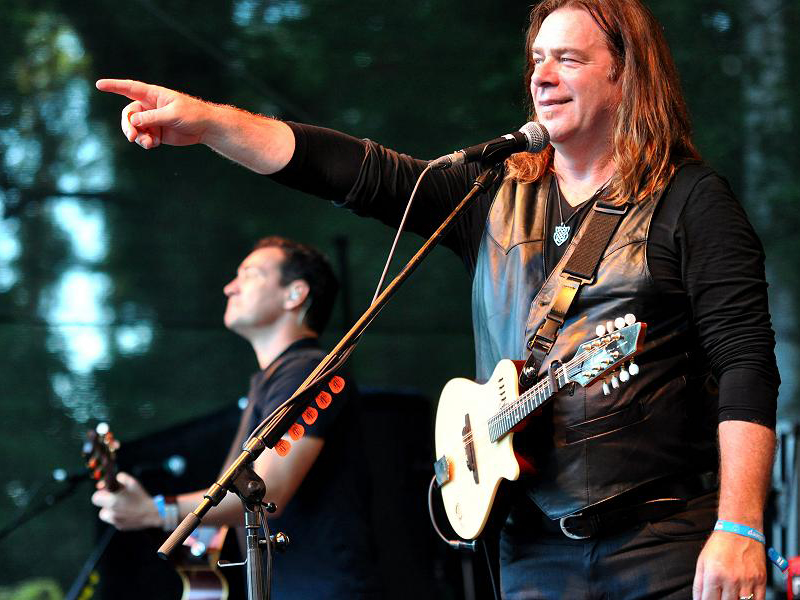 Alan Doyle from Petty Harbour, Newfoundland primarily plays electric and acoustic guitars, and the bouzouki for live performances, but he has been known to play mandolin and banjo. He is best known as the lead singer of Canadian folk-rock band Great Big Sea, but before that he played in a duo with John Brenton called Staggering Home, and even before that he played in his uncle's band, the New Sandells. Doyle has been linked to Russell Crowe and his bands 30 Odd Foot of Grunts and The Ordinary Fear of God, having produced and co-written several songs on Crowe's album, My Hand, My Heart, and played several shows with Crowe. In 2011 they released The Crowe/Doyle Songbook Vol.III with 9 songs in both acoustic demo and finished format, for 18 tracks total. This friendship also led to Doyle's casting as Allan A'Dayle alongside Crowe, Cate Blanchett, Kevin Durand, and Scott Grimes in Ridley Scott's Robin Hood. On June 30, 2017, he was named a Member of the Order of Canada, with the citation "For his contributions to the musical traditions of his home province and for his commitment to numerous local charitable initiatives."

One dollar from each ticket sold for this show will go to support the A Dollar A Day Foundation. Every dollar collected goes directly into the hands of proven Mental Health and Addictions programs across the country. We’ll help with the opioid crisis in Vancouver and homelessness in St. John’s and a whole lot more in between.