If you are looking for a feel-good concert loaded with great songs from one of the most promising singer-songwriters today, you should grab a ticket for Alec Benjamin's show at the Queen Elizabeth Theatre. Catch the Arizona-native artist as he brings his (Un)Commentary Tour to Vancouver's famous venue this October 7. Liven up your boring Friday night with the youthful light vocals and skillful guitar-slinging of Alec Benjamin. The "Let Me Down Slowly" hitmaker will definitely not slow down in giving the Canadian audience the best concert experience in this show that will feature Benjamin's greatest hits, such as "If We Have Each Other," "Change My Clothes," "Six Feet Apart," and "Devil Doesn't Bargain," among many others. Joining the 28-year-old singer is the Californian singer-songwriter Claire Rosinkranz. Grab your tickets now by clicking the "Get Tickets" button. 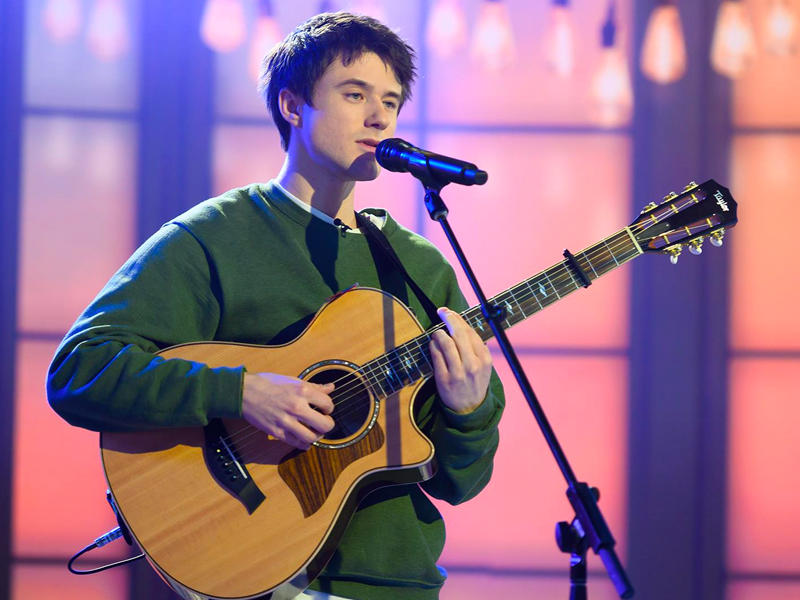 Alec Benjamin is known for his breakthrough song "Let Me Down Slowly," which reached charts in 25 countries and accumulated 1 billion streams on Spotify. He started his career in music in 2013, and his success was not instant. At only 19, he was signed with Columbia Records, but it did not change things for him. While he was signed with the record label, he mainly performed outside the concerts of prominent artists or in small events, driving around many cities. After some time, the record label dropped him. Without any rights to his songs and being unable to earn money from them, he decided to record his tracks on his iPhone and upload them on Youtube.

His career struck gold in 2017 when Merrick Hanna, a contestant in the 12th season of America's Got Talent, performed a dance to his song "I Built a Friend." The exposure grabbed the attention of record labels. Later on, he got signed with Atlantic Records in 2018. That same year "Let Me Down Slowly" came out and was a huge hit. A remix feat Alessia Cara was also released, climbing the Billboard Hot 100. His debut album came out in 2020, called "These Two Windows," and reached the charts of five countries.

The rising artist is on tour worldwide after releasing his sophomore album "(Un)Commentary" in April. Canadian fans, see him live at the Queen Elizabeth Theatre in Vancouver, Canada, on Friday, October 7. Coming with him is singer Claire Rosinkranz. Get tickets now!