Are you ready for Alice In Chains?? The band are applying the final touches to their upcoming 6th album and they’re about to take it on tour – coming to the Queen Elizabeth Theatre on Wednesday 22nd August 2018 for one unmissable night! Tickets will disappear faster and faster as we get closer to the LIVE event – so don’t wait about to get yours! Tickets on sale NOW!! 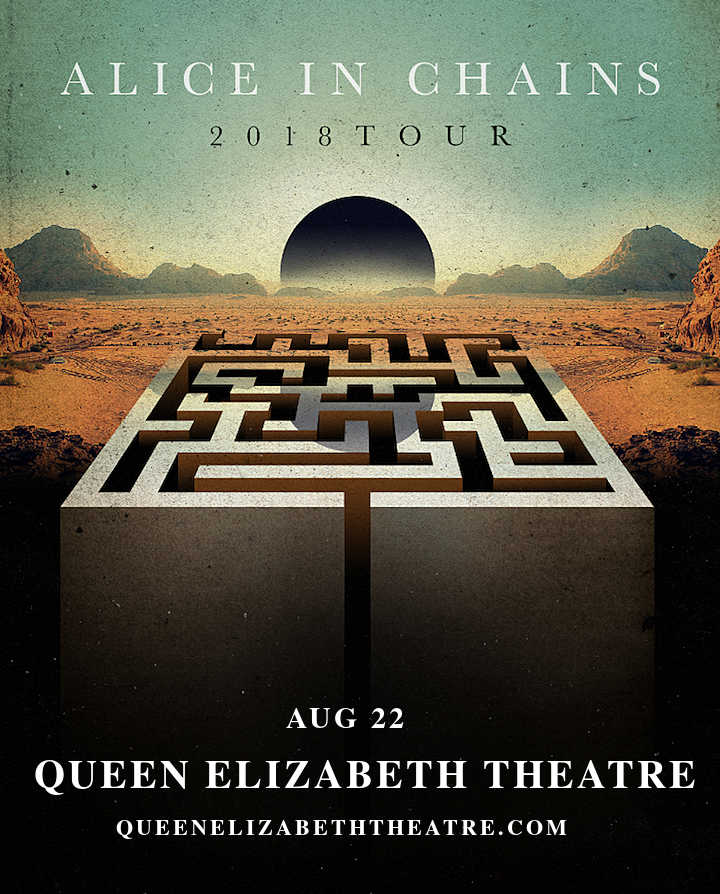 Although the hard rock/grunge band haven’t revealed any concrete details about the new albums yet, they’ve offered a little information as to what fans should expect. “It’s a record we haven’t done yet, I can tell you that,” said guitarist Jerry Cantrell. “But it’s also a record that has all the elements of anything you would expect from us. It’s got our fingerprint. And we’re really proud of the material that we wrote and the performances we captured. There’s some really heavy shit, some really ugly stuff, some real beautiful stuff, some weirdo trippy shit… it’s good!”

Get ready to experience it all live – get your tickets NOW!!