Feel the enigmatic and smooth serpentine-like voice of the singer-songwriter Banks as her majestic and meaningful songs from her newly-released album "Serpentina" slither their way to Vancouver's Queen Elizabeth Theatre this Friday, August 5. Catch the 33-year-old eccentric singer in her show in Vancouver's famous venue with the ex-Fifth Harmony member, Lauren Jauregui. Witness Banks perform her songs from the new album, along with her most recent hits such as "Holding Back," "I Still Love You," "Meteorite," and "Deadend." Secure tickets for her show and prepare for one of the best Friday nights of your summer! Click on the "Get Tickets" button to secure yours now! 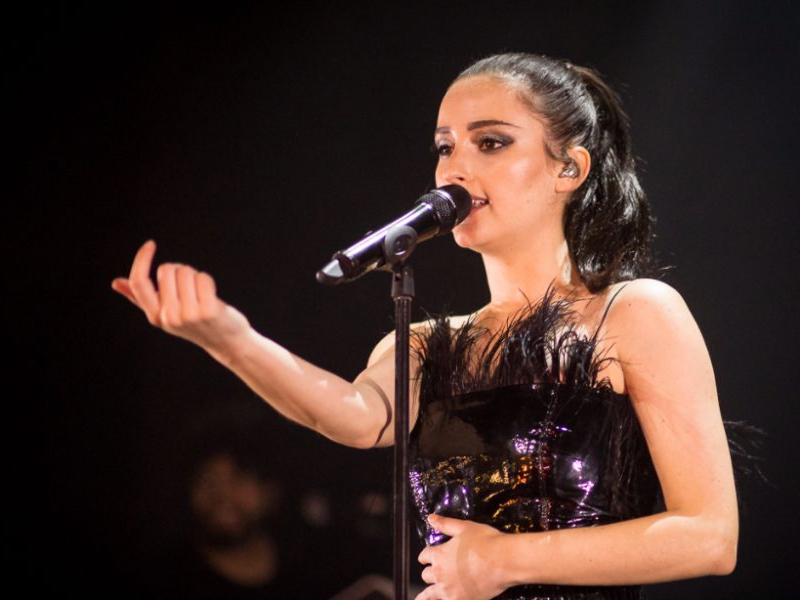 Known for her poignant songwriting skills and enigmatic voice that can capture an audience, Banks started her musical journey as a teenager with a penchant for songwriting in Tarzana, California. She started out in the music scene with the release of several EPs and being a support act to the Weeknd on his tour.

Born as Jillian Rose Banks, Banks broke out into the limelight with her 2014 album "Goddess." The downtempo, alt-R&B tracks helped her album achieve #12 on the Billboard 200 chart. Her follow-up album, "The Altar," reached #17, maintaining her placement in the chart's upper reaches. In 2019, fans saw a different side of Banks as she experimented with her artistry in her third studio album, "III." She continued with her full transformation and genre-bending tunes with her newly-released album "Serpentina."

The album is a 13-track body of work that features previously released singles "The Devil," "Skinnydipped," "Holding Back," "I Still Love You," "Meteorite," and "Deadend." The album's current focus track, "Fuck Love," also is making huge waves on most streaming platforms.

"One week of SERPENTINA. I love this album so much. And I'm so happy you can finally listen and stream and dance and ride and moisturize your skin with every melody. Lemme see some videos of you singing along," the 33-year-old songstress wrote in excitement after the album's first week of release.

This summer, these songs will be witnessed by fans performed live for the very first time in her 2022 Serpentina Tour. The tour will kick off on July 11 in Texas and conclude a little over a month later on August 15 in Arizona. She will stop at Vancouver's Queen Elizabeth Theater this August 5. She will be joined by the ex-Fifth Harmony member, Lauren Jauregui, in entertaining Canadian fans. Along with Banks' songs, fans can expect to hear songs from Jauregui's debut EP, "Prelude."

Catch these two amazing women perform at the iconic Vancouver venue. Grab your tickets now, and don't miss out on this special event.