Is the day-to-day grind getting you down? Treat yourself with tickets to the comedy show of the year: Bill Maher’s live stand-up performance at Queen Elizabeth Theatre on Saturday 14th October 2017! Dry, witty, and of course, Politically Incorrect, Bill Maher promises an evening to have you rolling in your seats! What are you waiting for?? Get your Bill Maher tickets today!! 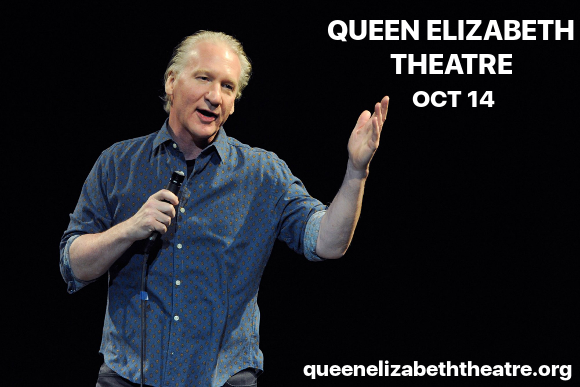 Love him or hate him, everybody knows Bill Maher. The nations most infamous comedian, his brand of “real,” political satire is best known from his late night TV show Politically Incorrect and his political talk show Real Time with Bill Maher. His progressive left-wing stance casts a shrewd, cutting, and blunt look on the state of the world today – and it’s hilarious.

Get a dose of Bill Maher’s much-needed medicine for yourself – book your tickets NOW while they last!!