This summer, you can get excited about science because the seasoned science experiment expert and host, Bill Nye, The Science Guy, is embarking on an exciting tour across North America! On Tuesday, 20th June 2023, Bill Nye, The Science Guy, will be lighting up Queen Elizabeth Theatre with his sensational live show titled The End is Nye! Expect a myriad of awesome experiments, discoveries, and plenty of fun learning! Science is never dull when you get the right person teaching it. And Bill Nye has been a hit among viewers since his debut in 1993! So hurry and grab your tickets now to see Bill Nye, The Science Guy perform his electrifying show at the Queen Elizabeth Theatre! 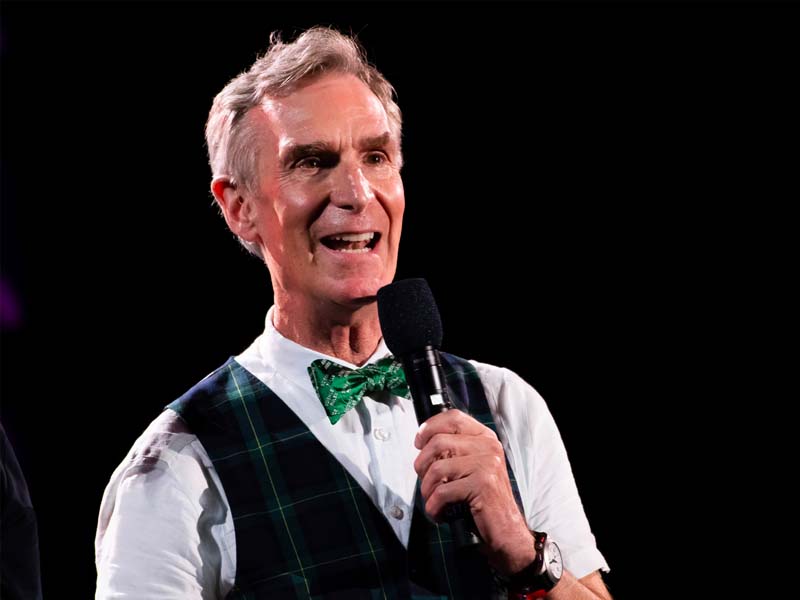 Bill Nye, The Science Guy, is a renowned TV host and science educator. His show, which debuted in 1993, showed science experiments of everyday things with a lot of action. The show has been credited with creating a new generation of scientists, thanks to Bill Nye piquing children’s interest in the subject. The show, originally aired on a public channel in Seattle, was nominated for 23 Emmy Awards. The series eventually won nineteen awards from the Emmy nominations, making it one of the most highly-rated, most watched, and most awarded science shows for kids.

Although Bill Nye is a TV show host, he’s the real deal. He is a mechanical engineer who completed his studies at Cornell University. He began his science career working on engines and invented a hydraulic resonance suppressor tube used on Boeing 747 airplanes. However, his true calling is introducing science to children and getting them excited about experiments. So he pitched a high-energy program designed to teach children science to KCTS TV in Seattle, and the rest was history.

See Bill Nye, The Science Guy, present his exciting show at the Queen Elizabeth Theatre! If you watched him as a kid or you want your kids to learn more about science, you should secure your tickets now before it’s too late!