Ladies and gentlemen, we have a very special event taking place for you on Sunday 5th March 2017. Billy Crystal, much-loved household name and iconic star of stage and screen, is coming to the Queen Elizabeth Theatre as part of his “Spend The Night With Billy Crystal,” tour!! With Bonnie Lynne Hunt accompanying him on tour, the affecting personal sit-down stand-up event is a comedy night with a difference. Tickets fast disappearing so be sure to get yours early to avoid disappointment!! 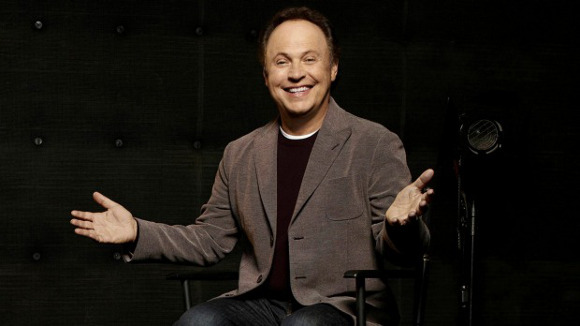 Having worked with just about everyone over an extensive film career including blockbusters “When Harry Met Sally,’ and “Monsters Inc.” there’s some kind of a link between Billy Crystal and just about everyone in the cinematic entertainment industry. But despite his star-studded profile, Crystal’s new show is not some name-dropping self-indulgent affair telling egocentric tales, nor is it a quick and simple “tell a few jokes, make them laugh, then leave.” This new show is deeply personal, and, with Crystal expressing gratitude to all of those who have helped him during his career, served to humanise the big names he works alongside, who so often lose aspects of their humanity in the public eye as they work their way up the ladder.

“Charming, witty, and hilarious,” (The Herald Tribune) Billy Crystal’s latest offering is as brimming with warmth as it is with gentle humor. Don’t miss out on this fantastic show – grab your tickets today!!