British R&B and electronica singer, songwriter and producer Blood Orange comes to Queen Elizabeth Theatre on Monday 16th March 2020! According to the man himself, he's bringing fans a “March headline tour with musicians Ian Isiah, Eva Tolkin, Jamire Williams, Mikey Freedom Hart, performing songs from [Coastal Grooves, Cupid Deluxe, Freetown Sound, Negro Swan, Angel’s Pulse] & other delights such as music composed for film and dance … Let’s have a lot of fun and make this a safe space for all involved.” Joining him in support will be Colombian-Canadian artist Tei Shi, who Blood Orange fans will know from their collaboration on Negro Swan! It's gonna be a night of incredible music from two great and exciting talents! 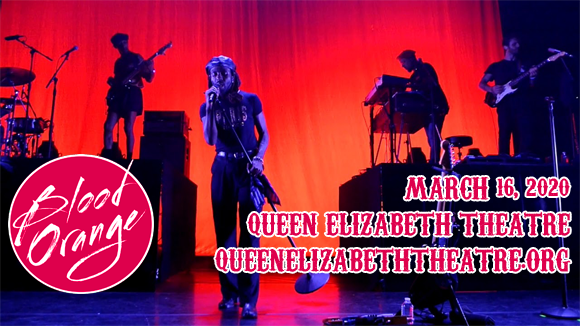