You'll surely won't take this news sitting down… you'll definitely jump for joy to hear that Chelsea Handler is doing the rounds round town embarking on her 2019 Sit-Down Comedy Tour. This celebrated comedian, talk show host, best-selling author, and activist will take on the Queen Elizabeth Theatre on Friday 29th November 2019 With her recently released best-seller "Life Will Be the Death of Me", crowds from all walks of life will definitely be all ears to her no-holds-barred comedic yet blunt take on the most pressing world issues. Don't miss this! Get your tickets now! 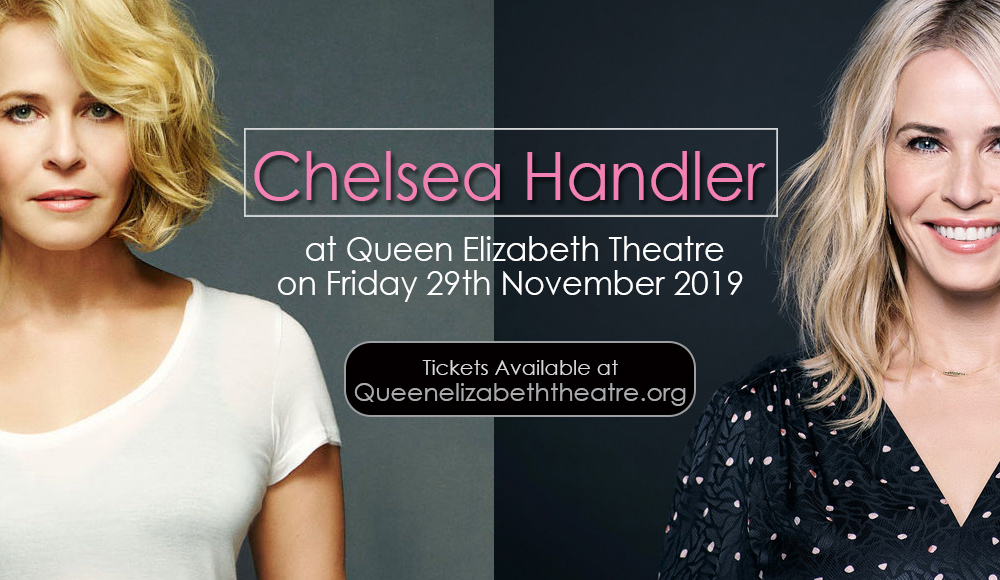 Chelsea Handler. It's either you love her or hate her or may or may not exactly agree with her, but there's no denying that she can pull a hearty laughter out of you.

From 2007 to 2014, she hosted the late-night talk show Chelsea Lately on the E! network. In Netflix, she has released a documentary series, Chelsea Does, in January 2016, then also hosted the talk show, Chelsea. Handler has written six books that have made the New York Times Best Seller List, five of which have reached number one.

Being the renaissance woman that she is, Chelsea Handler was named one of Time's 1"00 most influential people in the world" on its annual Time 100 list in the year 2012.

Woman power — bring it on Chelsea Handler! Get your tickets now!