Fans of the highly acclaimed and multi-awarded singer-songwriter, City and Colour, will be surely painting the town red as this Canadian singer will come cruising to this side of town and make his way on to the live stage of the Queen Elizabeth Theatre on Saturday 13th November 2021. On the heels of his Canadian tour, City and Colour (a.k.a. Dallas Green) also have announced this US tour which has been a long-time clamour from his US followers. This will be Green's first time to hit the stage after a year since live entertainment was put to a halt due to the pandemic. Green's alt-rock anthems bring a kaleidoscope of emotions, funnelling serenity from stress, releasing a myriad of moods emanating from pure bliss. With fans obviously stoked, City and Colour is one red-hot ticket that should be grabbed a.s.a.p. Save the date and book your tickets now! 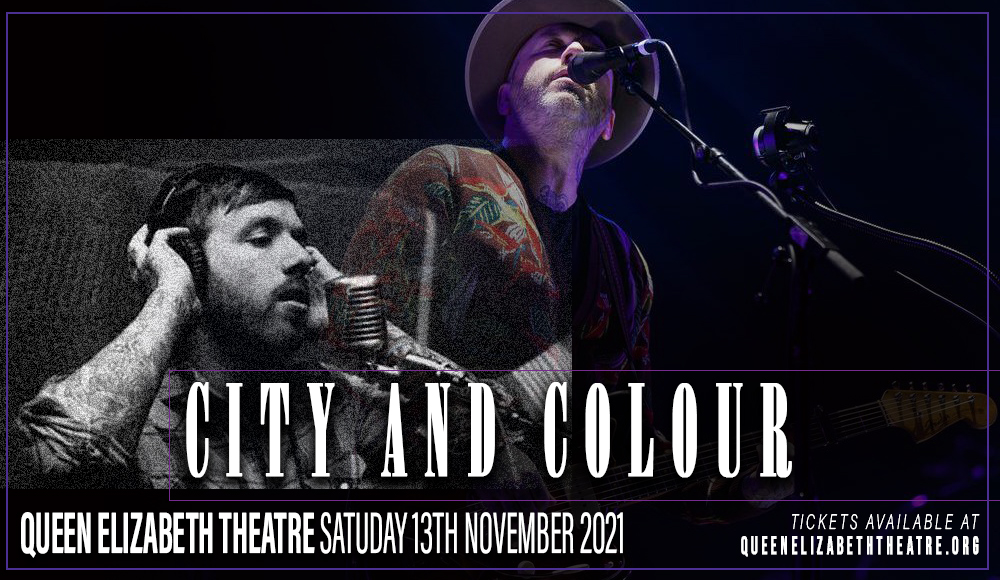 Dallas Green writes, records, and performs under his artistic pseudonym City and Colour — which literally stands for his own name: Dallas, a city, and Green, a colour. He was initially known as the frontman of the band Alexisonfire, which he joined in late 2001. In 2005, he began working on a solo project releasing City and Colour songs on the internet for fans to download. From there, he debuted his first full-length album, "Sometimes", a big breakthrough single and album which achieved platinum certification in 2006 and earned him Canada's prestigious Juno Award for Alternative Album of the Year in 2007.

The following year, his second album, "Bring Me Your Love" had a limited release of 6,000 copies. Green also made it available on the internet, then the City and Colour website crashed the first day due to insistently high demand.

Yet Green acknowledges that these accomplishments are just but fruits of his labour, culled from deep inside. “I wrote a lot of dark songs and wrapped them in the most beautiful sounds we could find,” he explains.

“I’m thankful for the opportunity to create. I had to write these songs in order to get out of my own head first. If someone can listen and relate to what I’m saying, my duty as a writer is fulfilled in the best way possible.”