From your YouTube screens to the comedy stage, the witty Daniel Howell has tickled our funny bones all these years. And this fall, the 31-year-old comedian will show the world why he remains one of the most relevant entertainers. Howell will take his comedy to a whole new apocalyptic level as he gets out-of-this-world with his "We're All Doomed Tour." Catch him this Sunday, November 27, at Vancouver's Queen Elizabeth Theatre for a 2-hour comedy show, making you laugh about the various apocalyptic scenarios threatening to destroy the world. Yes! You've read that right. The British comedian will wittily discuss doomsday in this show. So if such a topic offends you, you are not welcome. But if you want to have a good laugh at Howell's sarcasm and satire, you should click the "Get Tickets" button to secure a seat in this apocalyptically hilarious show! Get yours now and celebrate this day with all doomers like you! 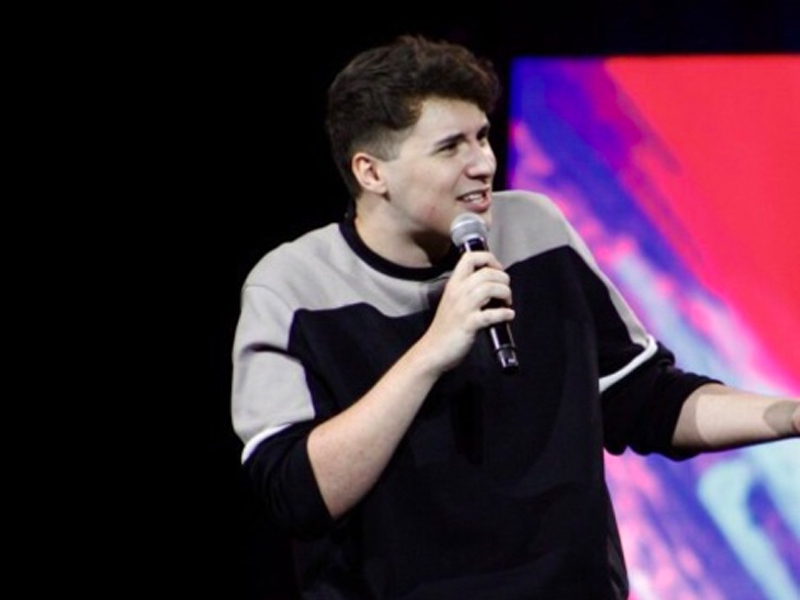 Best known as one of the most successful British YouTubers, Daniel Howell started his career online back in 2011. He created a YouTube channel with friend and partner Phil Lester. With exciting content uploaded on various channels on the popular video-sharing site, the two succeeded in having millions of followers. Recently, many fans were delighted when Howell went back to YouTube after taking a hiatus for two years. The Youtube comedian posted a video last May explaining his break, especially about his struggle with self-acceptance and coming out.

In his return to the online platform, Howell announced that he would be embarking on a new world tour, much to his loyal fans' delight. Dubbed "We're All Doomed! Tour," the trek is his first time back after 2018's "Interactive Introverts" with Phil Lester. Howell will be stopping in multiple cities in the US, Canada, and Europe. In this tour, the comedian will discuss the impending Earth's doom using "sarcasm, satire, and a desire to skewer everything wrong with society." He will be in Vancouver this November 27 at the Queen Elizabeth Theatre to entertain his Canadian fans.

"We all wake up in the morning, look at the news, have a bit of an internal panic, and then we all get dressed for work and pretend that everything's normal … but I feel like we all just need to have a moment of radical acceptance, where we just put everything out on the table and maybe make a few inappropriate jokes — I'm a big fan of humor as a coping mechanism," Howell's statement about the unusual theme of his show this year.

Well, we all need some humor –– and comedy shows like this will make us forget that we will all be doomed in the near future. So if you want to enjoy this evening with Howell and hundreds of other "doomers," be sure to be at the Queen Elizabeth Theatre come November 27. Tickets are now available, and you can get yours by clicking the "Get Tickets" button on this site.