Are you ready to experience David Byrne’s performance LIVE? That’s right, the Talking Heads frontman is coming to the Queen Elizabeth Theatre on Wednesday 23rd May 2018 on his tour in promotion of his latest album “American Utopia”. Get your tickets NOW!! 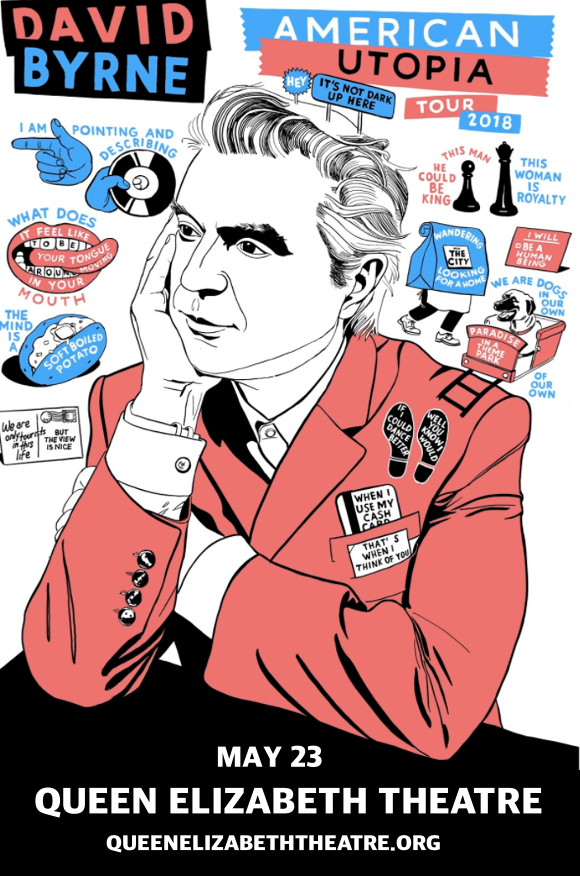 The upcoming tour has been described by the Talking Heads frontman as; “The most ambitious show I’ve done since the shows that were filmed for Stop Making Sense… I had an idea that everyone in the band might be mobile… so there would be no risers, drum platform or any of that stuff. With everyone mobile, I realized the stage could be completely clear. If we could have the monitors in our ears, the amps off-stage and the lights up high, then we had the possibility of a completely empty space.”

The clearing of all unnecessary elements to offstage will leave space for a new, far more intimate live show. Get ready for an all-new live experience – get your David Byrne tickets NOW while they last!!