EVENT POSTPONED (date TBA). Hold on to your tickets! They will be valid for the new date once announced.

The Burlesque Babe, the Sashaying Superheroine, Glamour Girl and Femme Fatale Dita Von Teese! Presenting her new international show; Glamonatrix at Queen Elizabeth Theatre in Toronto on Friday August 14th 2020. Be there, or are you too scared? Scared of the little girl… Well maybe you should be! Maybe she should be telling you right now to BUY THOSE TICKETS!!! Maybe she just whispered it quietly in your ear in that low breathy voice… Glamonatrix a show by Dita Von Teese, guaranteed to get your heart rate up, or something like that. 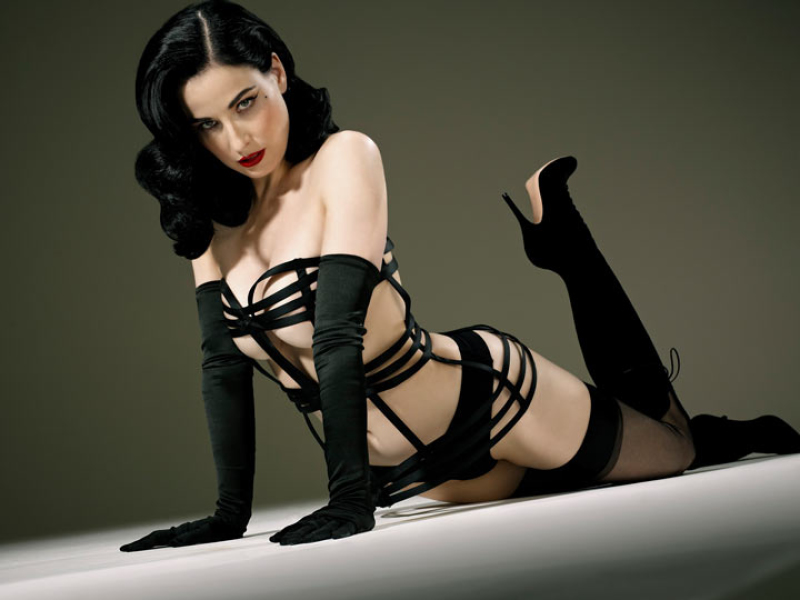 Dita Von Teese is the performer of choice at high profile events including those for designers such as Marc Jacobs, Christian Louboutin, Louis Vuitton, Chopard, and Cartier, and was the first guest star in history at Paris’ famed Crazy Horse. Dita is a self-styled fashion icon, featured on Vanity Fair’s International Best Dressed List 2013, Dita has recently expanded into her own distinct brands with a lingerie collection, naturally, Dita Von Teese Eyewear and Dita’s fragrance collection, you may be tempted by her latest, "Erotique."
Her status as a burlesque star and modern-day feminist has also garnered her an invitation to speak at the Oxford Student Union, where other elected speakers have included the Dalai Lama, Mother Teresa, Tony Blair, and Anna Wintour.
Born Heather Sweet in West Branch, Michigan, Dita Von Teese grew up fascinated by the Golden Age of Cinema, pin-up imagery, and vintage lingerie. This naturally blond, mid-western girl then transformed herself into a glamour girl like those she admired. Performing striptease since 1992, she is the biggest name in burlesque in the world since Gypsy Rose Lee and is credited with bringing the art form back into the spotlight.