Foals: Life Is Yours Tour 2022 Tickets

Get ready to bring your energy UP! Jump around with Foals and their Life Is Yours Tour 2022 coming to Queen Elizabeth Theatre on Friday, November 11th 2022. Grab your tickets right now, these plucky Brits always bring the very best live shows, and now it comes with extra new music, their latest album, Life Is Yours, just came out and their previous album, Everything Not Saved Will Be Lost – Part 1 & 2, from way back in 2019 never really got much live play so, there’s loads to excited for at a Foals Gig! 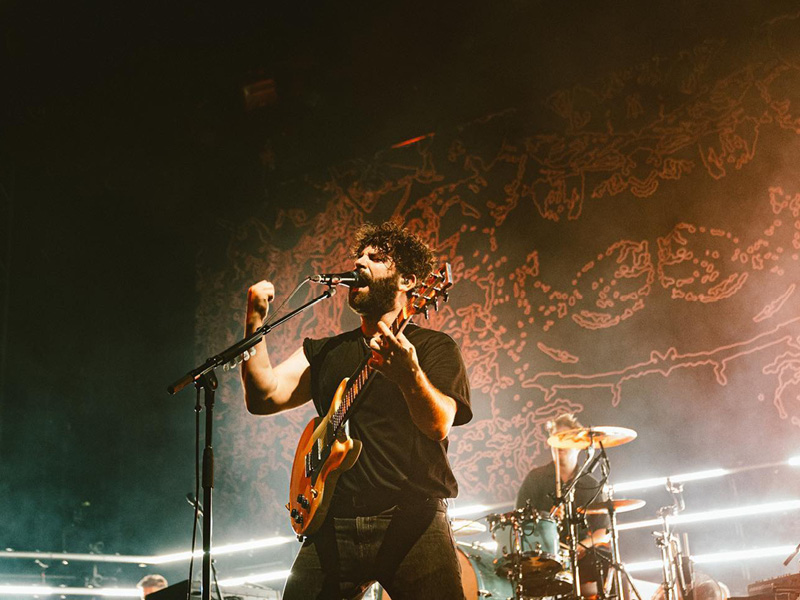 “All good roads lead us back to the ocean.” The band stated at the tour announcement, “We’re juiced to announce a brand new 25-date headline tour in North America, starting in late October. We can’t wait to play again for you. Our new show is the absolute truth. A proper mix of the classics & our newest bangers.”

Foals have released seven studio albums to date: Antidotes, in 2008, Total Life Forever, in 2010, Holy Fire, in 2013, What Went Down, in 2015, Everything Not Saved Will Be Lost – Part 1 & 2, in 2019 and their most recent, Life Is Yours, the bands seventh studio album was released in June 2022. Charting at number 3 on the UK Official Albums chart, it was preceded by five singles, "Wake Me Up" which charted at number 98 in the UK and number 21 here in the US on the Alternative Airplay chart, "2am", "Looking High", "2001" and "Crest of the Wave". The album is the group's first album as a trio, following the departures of keyboardist Edwin Congreave in 2021 and bassist Walter Gervers in 2018.

The group is considered one of the top UK live acts, having won the 2013 Q Award for Best Live Act and twice being nominated for the NME Award for Best Live Act in 2011 and 2013. The British rock band is from Oxford, they formed in 2005 and are currently lead vocalist and guitarist Yannis Philippakis, drummer and percussionist Jack Bevan and rhythm guitarist Jimmy Smith.