It's an exciting time for fans of Montréal indie rock quartet Half Moon Run! Back with their long-awaited third studio album A Blemish in the Great Light, their first since 2015's Sun Leads Me On, the four piece are embarking on an extensive promotional tour, coming to Queen Elizabeth Theatre on Wednesday 15th January 2020! Fans can expect something slightly different from the critically acclaimed group:

“I think this album still has the sound people expect from us, balanced with more experimentation,” notes drummer/multi-instrumentalist Dylan Phillips. “We’ve been diving deep into some styles that we haven’t necessarily explored before. Things get a little heavier, a little harder.” 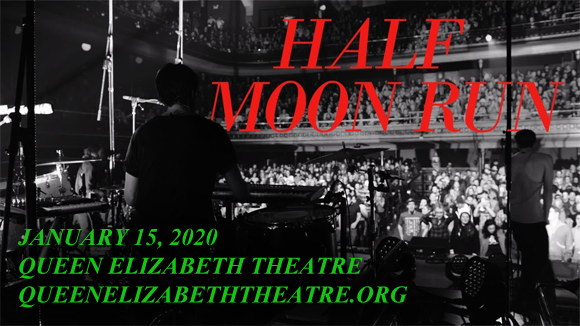 Formed in 2010 by multi-instrumentalists and vocalists Devon Portielje, Conner Molander, Dylan Phillips, and Isaac Symonds, Half Moon Run is a Canadian indie rock band whose sound has drawn comparisons to Radiohead, Alt-J and Fleet Foxes. The band's debut album, Dark Eyes, was released two years later, drawing critical acclaim for its atmospheric swells and use of intricate three-part vocal harmonies. In 2015, the quartet released its follow-up, Sun Leads Me On, which peaked at number four on the Canadian Albums Chart and number six on the Billboard Heatseekers Albums Chart. After several years of sporadic touring, Half Moon Run released its first single in three years, "Then Again", in 2019.