The hilarious and charming Iliza Shlesinger is coming to bring her stand up show to Queen Elizabeth Theatre on Friday 27th November 2020! Get ready to be laughing til you drop as Iliza Shlesinger always gives a unique comedic performance where-ever she travels to. If you're a fan of Iliza Shlesinger don't miss out on this chance to catch her LIVE this coming Fall! 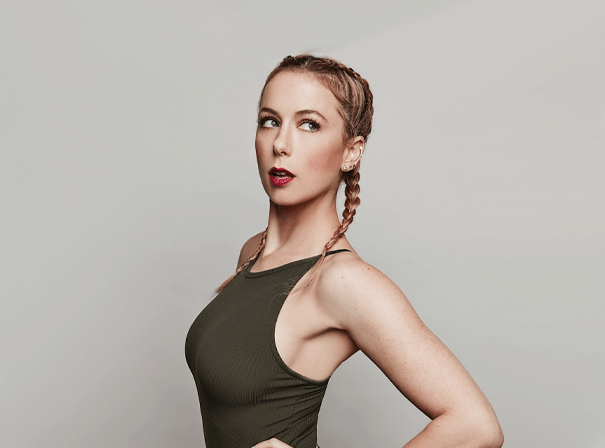 Iliza Shlesinger has had a non stop career in Comedy ever since she first began her journey by winning the NBC's Last Comic Standing back in 2008. Since then she has taken to our TV screens with her appearances on Excused and the TBS game show Separation Anxiety as ell as most recently on her very own late night talk show and in 2020 with her Comedy specials available to watch on Netflix. The Iliza Shlesinger Sketch Show released on Netflix at the beginning of April and has already gained so much popularity, not just within the US but on a global scale.

Born in New York City, Iliza Shlesinger decided early on that she wanted to pursue a career in stand up and as soon as she graduated from college, the talented now actor, TV host and comedian made a move to Los Angeles to make her dreams come true. The hard work quickly paid off as she performed live around the Hollywood scene and has since been prominent on the television comedy scene.

Iliza Shlesinger has been a big hit with her defined comedy style and is a popular comedian to see live on stage, with her effortlessly funny content, bringing all elements from her personal life, discussing the mundane every day in a hilarious way. Critics are calling her "brand of feminist comedy is quick, smart and doesn’t suffer fools."

There's no doubt in mind Iliza Shlesinger has a pure gift for humour and as she hits the stage this coming November, comedy fans would be crazy to miss out on the experience! If you have the chance to be a part of the crowd this Fall, then be sure to book your tickets to see Iliza Shlesinger and tell all of your friends this is the place to be!