In This Moment are known for their visually stunning live shows that see lead singer Maria Brink sing and scream her way across a stage of props, dancers and surprises… Now, the goth-tinged metal band are teaming up with Black Veil Brides for a mighty co-headlining tour that comes to Queen Elizabeth Theatre on Monday 11th May 2020! Dubbed the In-Between Tour, it willl see In This Monet performing from their brand new album, Mother. Joining the two headliners will be DED and Raven Black in support! 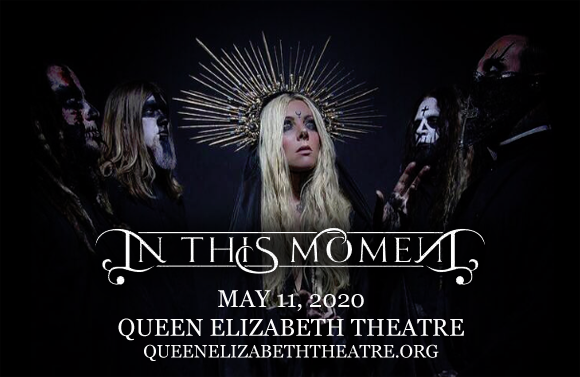 In 2005, vocalist Maria Brink and guitarist Chris Howorth formed the band Dying Star in Los Angeles, California. After a few months of working together, they decided to shift their musical direction, adding a drummer and bassist to their line-up and changing their name to In This Moment. The band's debut album, Beautiful Tragedy, was released in 2007 and they have since released five more studio albums, with seventh studio album, Mother, due in 2020. Four of their six studio albums have charted within the top 40 on the Billboard 200, with their most popular, Black Widow (2014), peaking at number eight. Throughout their career, In This Moment have toured with a number of prominent metal bands, including Lacuna Coil, Rob Zombie, Megadeth, Ozzy Osbourne, Five Finger Death Punch, Mudvayne, Papa Roach, Korn, Hatebreed and more.