Afrofuturist Q.U.E.E.N. Janelle Monáe comes to Queen Elizabeth Theatre on Tuesday 12th June 2018 on her Dirty Computer tour! Supporting her hot new album of the same name (which was rleased in the form of a 44-minute short film, as well as on record, and features music from the late, great Prince), the funk-laden android will be performing her incredible new material and giving fans a reason to groove! 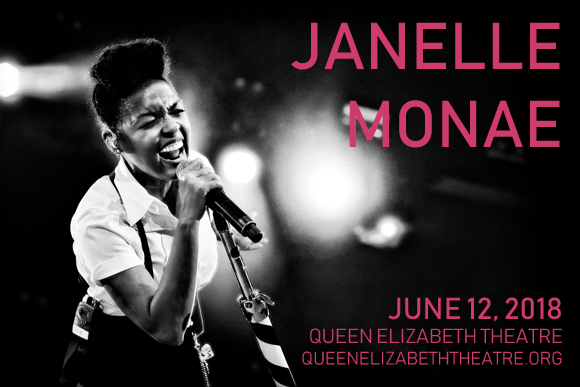 In 2003, six-time Grammy Award-nominated American singer, songwriter, rapper, record producer, actress, and model Janelle Monáe released her self-released and self-financed debut album The Audition. Her public debut came in the form of an EP, Metropolis: Suite I (The Chase), which was released in 2007 and charted on the Billboard 200. Monáe's debut studio album, 2010's The ArchAndroid, was a critically acclaimed concept album sequel to her first EP and preceded her second studio album, The Electric Lady, which was released in September 2013 and also received critical acclaim. Her most recent release, Dirty Computer, was released in April 2018 and debuted at number six on the Billboard 200.