Canadian chanteuse Jann Arden bewildered and bewitched us with her signature ballads "Could I Be Your Girl" and "Insensitive" is bound for yet another striking tour de force that would take her to several key cities in Canada and the US. She will hit concert stages in support of her latest release "Hits and other Gems". One of her major and highly anticipated concert venues will be at the Queen Elizabeth Theatre on Thursday 18th June 2020. As a soon-to-be Canadian Music Hall of Fame inductee, Jann Arden will showcase her treasure trove of hits in a live concert stage. Her intimate, poignant songs are now timeless classics best enjoyed live. Don't miss this for the world. Get your tickets right here, right now! 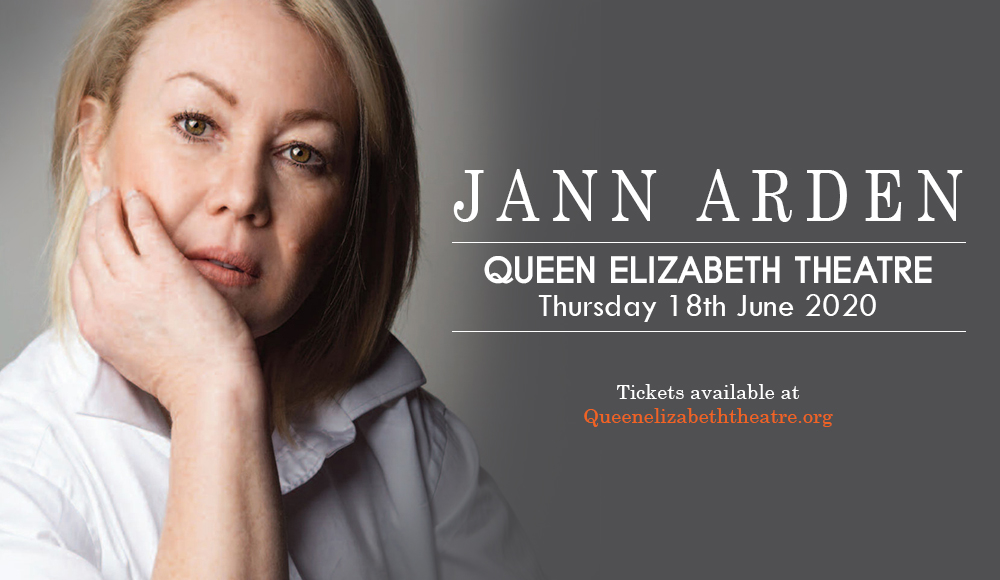 Canadian singer-songwriter and actress Jann Arden has thrown out a perennial question that has been running 'round our heads — "..how to be insensitive?" Those alluring lyric-questions from her biggest hit single "Insensitive" could get one humming or singing to no end. And as the music plays on, Jann Arden isn't showing any signs of slowing down any time soon. With eight albums, spawning 15 top ten singles, a substantial collection of industry-related awards and honours, acting, writing and charity work (including a second trip to Africa with World Vision), Arden is still at the top of her game.

"I don't know what retirement means," she said. "I don't think I'll ever stop," she says…I really want to live a purposeful life."

Jann Arden had her recording debut in 1993 with the release of her "Time for Mercy" album, followed with a single "I Would Die For You". But her big global breakthrough came in 1994 as she released the album "Living Under June", which featured her biggest hit to date outside of Canada, "Insensitive".

A show for the heart and soul. Jann Arden is one of the finest entertainers worth watching. Save the date and book your tickets now!