Folk-rock icon Jason Isbell and his band, The 400 Unit are back, hitting the road on a set of tour dates as the new year comes running through. The Grammy Award-winning artist and the rockin' band are hitting the live stage at Queen Elizabeth Theatre on Sunday, 5th of March 2023. With a number of hit records up their sleeves including 2017's "The Nashville Sound" and 2020's "Reunions", Jason Isbell & The 400 Unit marked their place in the American folk-rock scene as one of the most sought-after artists to see live. Make sure you get to save your spot on the tour by booking your tickets now! 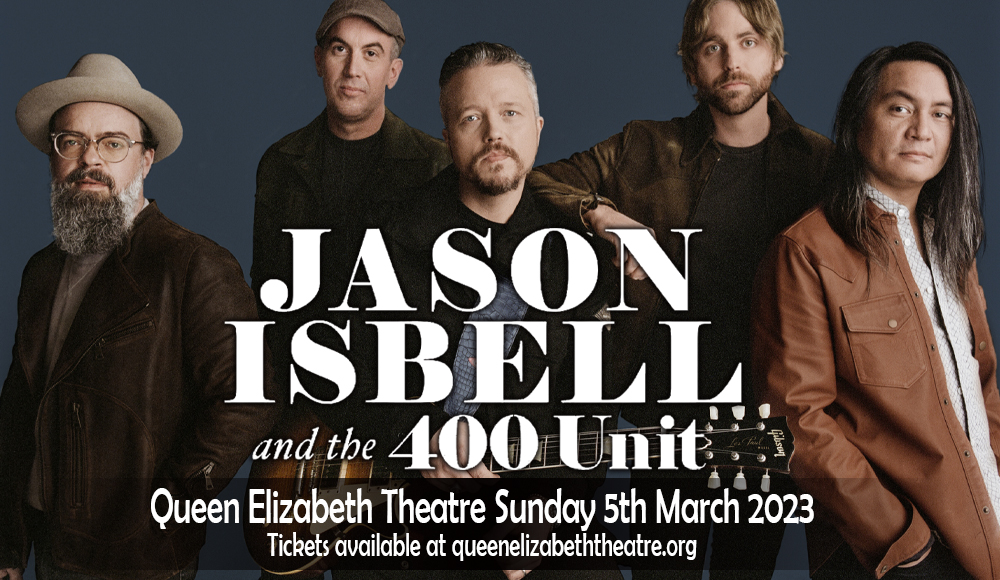 Announcing a set of shows as they welcome 2023, Jason Isbell & The 400 Unit are looking forward to meeting their fans, performing their biggest hits and crowd favorites, and having a great night as they celebrate years of rockin' music. After parting ways with his former band Drive-By Truckers, Jason Isbell took a solo path, becoming an acclaimed figure in the alt-country and folk-rock scene.

Releasing his fourth solo album Southeastern in 2013, the record received rave reviews from fans and an overwhelming amount of positive reviews from critics. Its song "Cover Me Up" was named as Song of the Year at the 2014 Americana Music Awards. The album also won Album of the Year, and Isbell bagged the title of Artist of the Year.

His follow-up record "The Nashville Sound" with The 400 Unit hit #4 on the Billboard 200, and #1 on various Indie, Country, and Folk charts. Isbell and The 400 Unit won a Grammy for Best Americana Album while Isbell won Best American Roots Song.

In November of 2020, Isbell tweeted that if Joe Biden would win the state of Georgia in the elections at the time, he promised to record a charity album featuring covers from Georgia artists. As Biden indeed won the state, Isbell began working on making his promise come to life. His latest record "Georgia" came out in September of 2021, featuring covers of tracks by R.E.M., Drivn’ N’ Cryin’, James Brown, Cat Power, Precious Bryant, Otis Redding, The Black Crowes, Indigo Girls, Gladys Knight & The Pips, The Allman Brothers Band and Vic Chesnutt.

Don't miss out on Jason Isbell & The 400 Unit live on stage by booking your tickets now!