You'll definitely feel Lucky this summer as you witness the one and only Jason Mraz in his Vancouver Canada show at the Queen Elizabeth Theatre this Thursday, 14th July 2022. You've heard it right! Mr. A-Z will take his "Lalalalovesongs Summer Tour" to the majestic British Columbia venue together with the all-female band Raining Jane. Canadian fans will be serenaded by the Grammy award-winning artist with his massive hits like "I Won't Give Up," "I'm Yours," "You and I Both," "Lucky," and many others. Tickets are now on sale, so make sure to grab yours because you don't want to miss out on the best seats in the venue. Click on the "Get Tickets" button now! 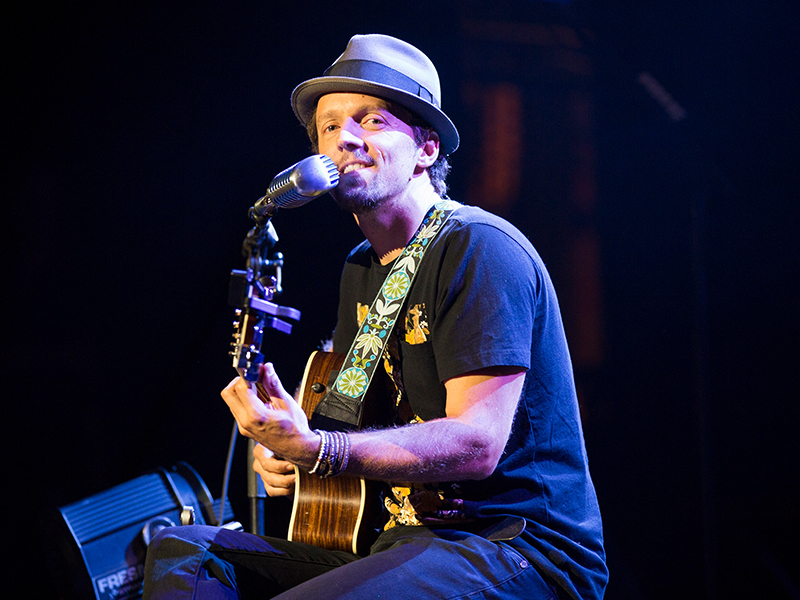 Having one of the most distinct voices in the pop music scene, the singer-songwriter Jason Mraz has undoubtedly become a household name. He has continued to reinvent his music, showing depth and genuine artistry as he aged.

He started to gain prominence in the mainstream music scene in 2002 when he released his debut studio album, "Waiting for My Rocket to Come." The massive success of its lead single, "The Remedy (I Won't Worry)," propelled him to become the breakout star of his generation. His subsequent two studio albums, "Mr. A-Z" in 2005, and "We Sing. We Dance. We Steal Things" in 2008", both peaked in the top five on the Billboard 200; with the latter album spawning the Grammy Award-winning singles "Make It Mine," and "Lucky" with Colbie Caillat.

Moreover, in 2009 his massive hit "I'm Yours" was nominated as Song of the Year at the Grammy Awards. Although it did not win that year, the song was an astronomical hit for Mraz, who enjoyed the song's multiple platinum success all over the world.

The song is part of his "Lalalalovesongs" album released earlier this year. The said album is a collection of Jason Mraz's iconic love songs, including RIAA Diamond-certified "I'm Yours," 6x RIAA Platinum "I Won't Give Up," RIAA Platinum "Have It All," and Grammy-winning duet, "Lucky" in addition to several more hits and fan favorites.

Audiences will hear these songs to be sung live by Mr. A-Z himself in a string of shows this summer. Together with the LA-native all-female band, Raining Jane, Jason Mraz will be performing in several cities across the United States and Canada. Catch them this Thursday, 14th July, at the Queen Elizabeth Theatre in Vancouver. Secure your tickets and add "Lalalalovesongs" to your Spotify playlist now. Knowing the lyrics to all his songs will come in handy on the concert date. See you there!