Whipping up a hip hop storm at Queen Elizabeth Theatre on Wednesday 17th July 2019, New York rapper Jon Bellion is coming through with his headlining Glory Sound Prep Tour, celebrating the release of his second album of the same name! That means new tunes, possible special guests and a whole heap of energy from the hip hop sensation, who's known for getting his crowds buzzing! Tickets available now! 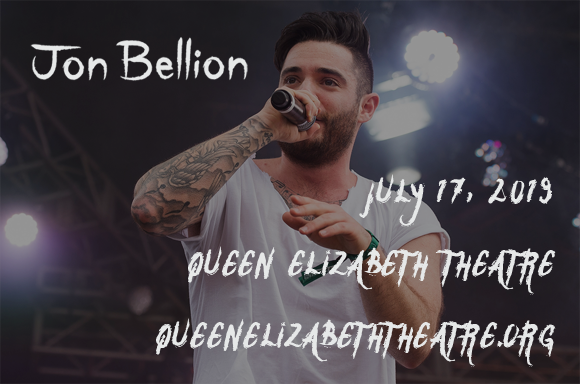 Having recently released his second studio album, Glory Sound Prep (2018), featuring the single "Conversations With My Wife", New York-based rapper, singer, songwriter and record producer Jon Bellion has come a long way since releasing his debut mixtape, Scattered Thoughts Vol. 1, in 2011. The mixtape is what led to Bellion signing with Visionary Music Group in 2012, going on to co-write and co-produce Jason Derulo's "Trumpets" that year, and also write the chorus for Eminem's smash hit "The Monster" ft Rihanna, which won the 2015 Grammy Award for Best Rap/Sung Collaboration. Over the next few years, he released a series of mixtapes (Translations Through Speakers (2013), The Separation (2013) and The Definition (2014)), and in 2016 he released his eagerly anticipated debut album, The Human Condition, which debuted at number five on the US Billboard 200. "All Time Low", the album's lead single, reached number 16 on the US Billboard Hot 100 and was certified double-platinum in the US and Australia. Glory Sound Prep was released last November and features collaborations with Roc Marciano, RZA, B. Keyz, Travis Mendes, Tuamie, and Quincy Jones.