"Performing the classic holiday songs is such a pleasure for me and the band," said Kenny. "I'm asked year round to play songs from my Miracles Holiday album and even in July we sometimes throw in a classic holiday song. We can't wait to get on the road in November to bring the sound of the holiday season to our wonderful fans. We hope everyone will come out and join us to celebrate." 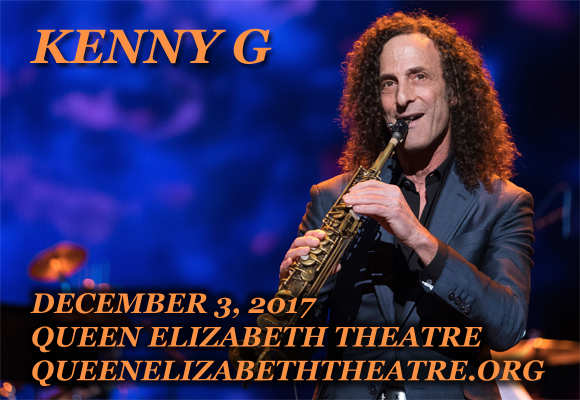 American jazz saxophonist Kenny G first found success with his 1986 album Duotones, which sold over five million copies in the U.S. Alone, reaching #4 on the Billboard Hot 100. Over the years, he has worked with a range of successful artists, such as Andrea Bocelli, Aaron Neville, Toni Braxton, DJ Jazzy Jeff & The Fresh Prince, Natalie Cole, Steve Miller, Weezer, Dudley Moore, Lee Ritenour, The Rippingtons, Michael Bolton, Celine Dion, Frank Sinatra, Bebel Gilberto and Smokey Robinson. Kenny G is the biggest-selling instrumental musician of the modern era, as well as one of the best-selling artists of all time, with global sales totalling more than 75 million records.