All hell breaks loose! Expect that to happen, as the legendary heavy metal – shock rocker, King Diamond hops on the Queen Elizabeth Theatre stage on Wednesday 27th November 2019. Uncle Acid and the Deadbeats and Idle Hands will share the stage with him throughout the tour. This 'comeback' concerts of sorts are getting his die-hard fans thrilled to the bone as King Diamond's last album prior was back in 2007. He's back from the grave, so to speak, to haunt and to spook you out with his musical mayhem. There's no way you could prepare for what's in store, except for booking tickets to the show a.s.a.p.! Clock is ticking…book your tickets now! 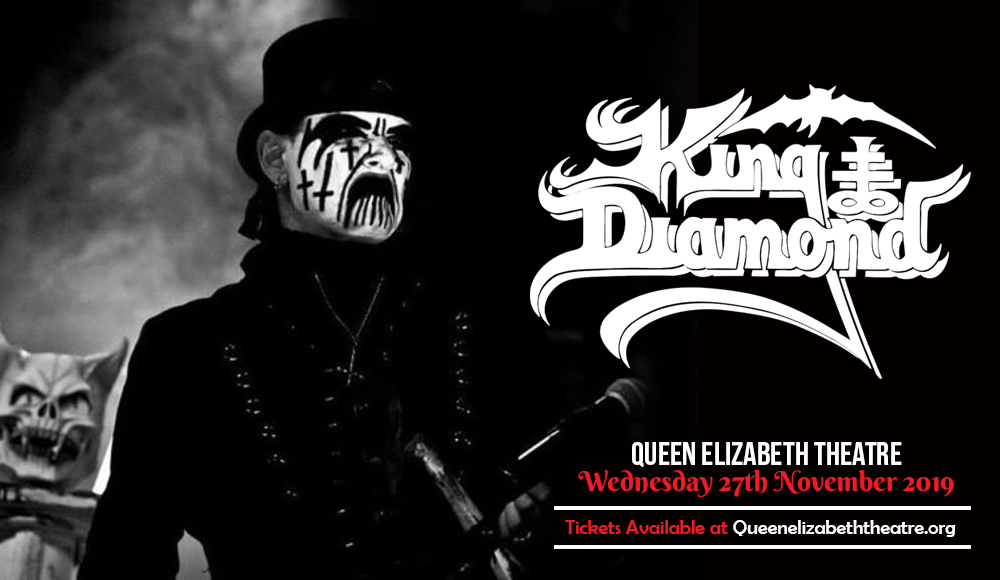 One of the must-see-comeback-concerts in the list of rock aficionados is King Diamond. He was in a brief hiatus after his 2007 album. Now he's back from the grave, so to speak, not only with his new album "The Institute", but with a tour de force to boot!

His tour entourage include supporting acts Uncle Acid and the Deadbeats and Idle Hands who are equally hype-up for the show.

“As the long nights draw in and the temperatures drop, I can’t think of a better artist to creep around North America with than the legendary King Diamond,” Uncle Acid and the Deadbeats said in an unusual collective statement. “You’ll all be in for a treat. … See you there!”.

And the main man himself, personally sends his invitation:
“Watch out North America, we are coming for you this winter,” King Diamond said in a statement. “I’m very proud to bring two special and amazing guests to you. Their names are Uncle Acid and the Deadbeats, plus Idle Hands. Make an appointment now.”

King Diamond is the real deal, a legit rockstar who has live by the creed of 'selling his soul to the devil, so to speak. One of the biggest rockstars who was highly influenced by King Diamond and testify on his bizarre genius is Metallica drummer and fellow Dane Lars Ulrich.

“Their concerts were crazy,” he said. “King Diamond would, like, recite the Lord’s Prayer backwards before a song, and for one of the songs, they would have some goose feathers and do all of this ritualistic stuff, which King Diamond was super passionate about it. He’s a super cool guy. You know, we were just really into the music. It was just so fresh and so original and we loved those guys. They were really, really like brothers-in-arms for many years.”

Hail to the King! Be part of his domination and reign. Book your tickets now!