After bursting onto the scene last year with her instantly iconic single "1950", King Princess has been carving out a path to queer pop superstardom, and she's bringing the full force of her fierceness to Queen Elizabeth Theatre on Thursday 16th January 2020! The Brooklyn-born singer-songwriter will be performing brand new material from her hotly anticipated debut album, Cheap Queen, which will no doubt bring her even further into the limelight as one of the industry's most exciting new voices! 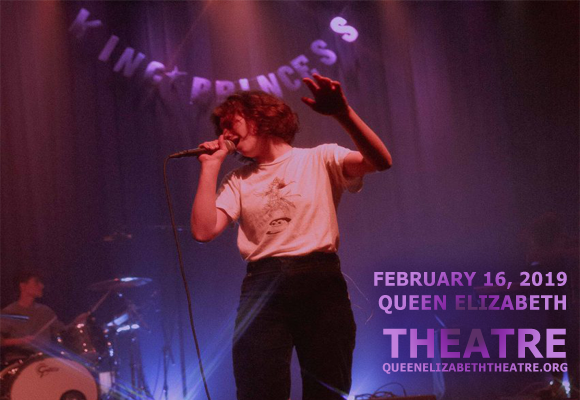 American singer-songwriter, multi-instrumentalist, and producer King Princess hails from New York City and was the first artist to sign to Mark Ronson's Zelig Records, an imprint of Columbia Records. She made her debut in 2018 with the single "1950", which was certified gold in the United States and Canada, and double-platinum in Australia, where it peaked at number 25 on the ARIA Charts. "1950" was the lead single from her EP Make My Bed, which was released In June 2018. 2019 saw King Princess performing at the festivals Lollapalooza, Coachella and Glastonbury, and will see the release of her debut album, Cheap Queen.