Massive tremors of thrills are being felt in many parts of the world as electro-pop sensation, Lauv dropped the bomb on social media and the press confirming his “~how i’m feeling world tour~” is indeed happening in 2020. Among the confirmed dates include Lauv's much awaited stint at the Queen Elizabeth Theatre on Monday 24th August 2020. Be part of the hyped crowd singing along to live versions of his biggest hits "The Other", "No Promises", "I Like Me Better", "Paris in the Rain", "Easy Love", and many more! Act on that feeling of excitement now. Book your tickets by the clicking 'get tickets' link on this site to secure your spot. Get those tickets now! 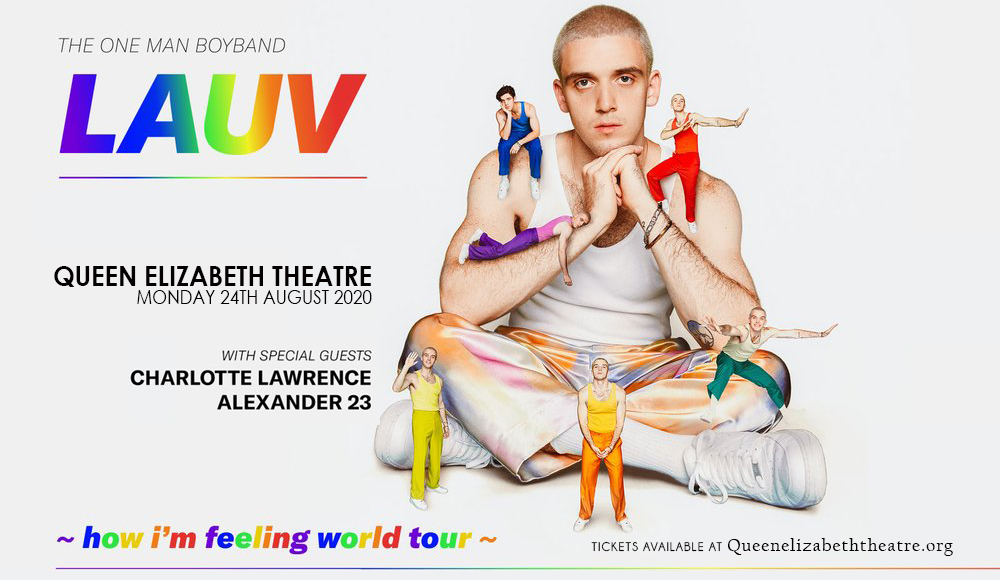 Lauv is one of the driving forces among the millennial generation of artists whose career path started on the bedroom and found his audience through the internet. Initially he focused on writing and producing for other artists, straying from his personal songwriting style. As he wrote the song "The Other", Lauv figured it worked better as his own song, affirming his readiness to introduce himself to the world. Writing "The Other" also paved the way to the discovery of his stripped-down electronic pop sound. The song is a fusion of rhythm and blues and indie-pop with influence from jazz guitar. It first caught the attention of music bloggers and, after he uploaded it to Soundcloud in 2015, it became a viral phenomenon on social media, peaking at number three on blog aggregator Hype Machine, and hitting the Global Top 100 on Spotify.

And the ball has not stopped rolling since then. Lauv released another single in May 19, 2017, titled "I Like Me Better", an up-tempo track that peaked at number 27 on the Billboard Hot 100, earned platinum certification in seven countries (including the US), and gold certification in three. By August 2018, it had been streamed over 1 billion times on Spotify.

Lauv also continues his songwriting gigs for other artists, having written songs like "Boys" by Charli XCX, "No Promises" by Cheat Codes and Demi Lovato and "Imperfections" by Celine Dion.

Love Lauv? Show it! Get your tickets now!