Think of the possibility that you will be watching two Disney Princesses, namely Jasmine of Aladdin and Mulan; hearing the emotive voice Les Miserables' Eponine or wrapped in the emotion of Miss Saigon's Kim… Only one woman can evoke such memorable and loveable characters, and she's none other than multi-awarded Broadway musical star, Lea Salonga. All these timeless musical theater melodies and movie soundtrack classics, and more, will come alive onstage as Lea Salonga is set to enchant the live stage of the Queen Elizabeth Theatre on Monday 13th April 2020. Don't let this phenomenal performance slip through your fingers. Start clicking that 'buy tickets' link on this website to book your tickets, now! 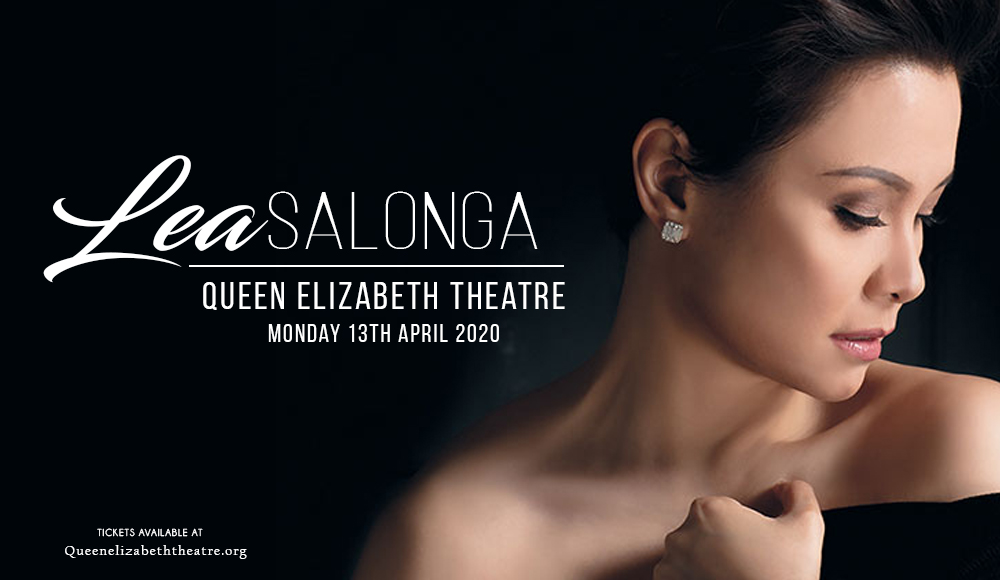 Phenomenal singer – actress Lea Salonga is known for her crystal clear singing voice and her flawless stage performance. Lea is a child prodigy who sang and acted on stage plays like "The King and I", "Paper Moon", "Annie", among many other. Her major international breakthrough came when she turned 18 and originated the lead role of Kim in the musical "Miss Saigon", first staged in the West End and then on Broadway. Her critically acclaimed performance as Kim brought her the most coveted Sir Laurence Olivier and Theatre World Awards, and becoming the first Asian woman to win a Tony Award. This stint was followed by getting in the musical Les Misérables on Broadway, being the first actress of Asian descent to play the roles of Éponine and Fantine. Lea Salonga is also known for her major participation as a Disney princess by providing singing voices of Jasmine in "Aladdin" (1992) and Fa Mulan in "Mulan" (1998).

Lea Salonga continues acting on stage, TV, movies, along with major concerts in many parts of North America and other parts of the world.
“I’m thrilled to be back on the road in North America—and all around the world—in 2020,” said Salonga in a statement. “We’ve got a lot of new music, some old favorites, and a few surprises in store. We had so much fun with our incredible sold-out audiences last year. I can’t wait to perform at these gorgeous venues and connect with fans new and old in the months to come.”

Pop music, musical theater classics, movie soundtracks — Lea Salonga has got them all covered, all in one night. All you have to do is sit back, relax, sing-along, and enjoy the evening. But first, tickets! Go and book them now.