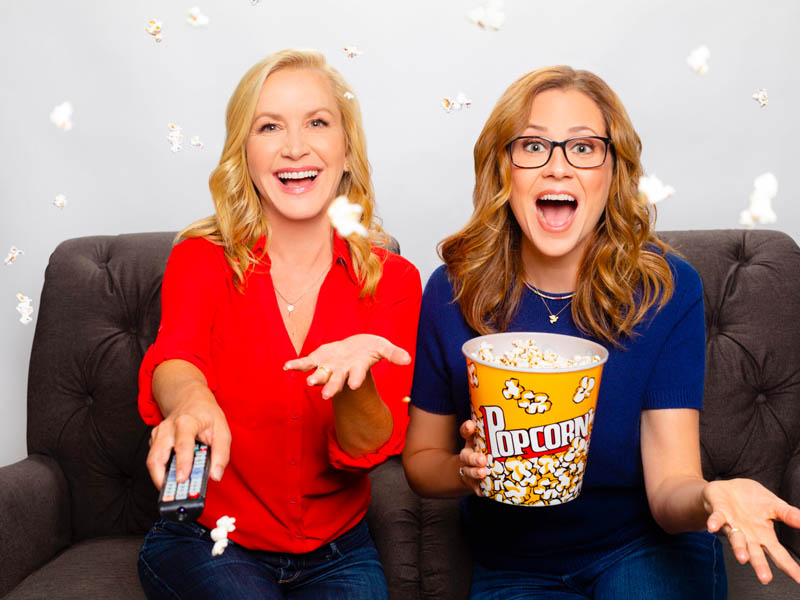 The Office is a mockumentary sitcom series that show everyday life at a regular office in Pennsylvania. The show ran from 2005 to 2013 and lasted nine seasons. The TV series stars Steve Carell, Rainn Wilson, John Krasinski, and Jenna Fischer. Renowned for her improv work, Angela Kinsey also joined the cast as a supporting actress. The show has received rave reviews from fans and critics. The show has also earned 42 Primetime Emmy nominations and five Emmy Awards for various categories, including Outstanding Comedy Series and Outstanding Director for a Comedy Series.

The show's success has created such a huge cultural impact that viewers are still talking about the series up to this day. Thus, The Office stars Emmy-nominated actress Jenna Fischer and Emmy Award winner Angela Kinsey who plays on-and-off best friends Pam Beesley and Angela Martin, who have joined forces and launched The Office Ladies podcast. The pair, who had been best friends in real life for almost two decades, often broke down episodes and shared behind-the-scene stories and whatnot. This exclusive insight into what goes on behind the camera has garnered tons of listeners who can’t just seem to get enough of The Office.

This 2023, the popular podcast will hit the road and record episodes with a live audience! This is your chance to be part of this incredible podcast! Score your tickets now to The Office Ladies live at the Queen Elizabeth Theatre!