Vancouver comedy fans are in for a delightful treat this February 25, as the Grammy-nominated comedian Patton Oswalt brings his energetic and funny antics to Queen Elizabeth Theatre. The multi-hyphenate talented performer will deliver a 2-hour original stand-up comedy special that will make you laugh the night away. The brilliant storytelling skills of this veteran comedian, filled with colorful vocabulary, will amaze you. If you haven't seen him perform in person, you are definitely missing something. So this is your chance to see him up close and personal. Get your tickets and come with your best buddies because this fun event is a crime not to be shared. 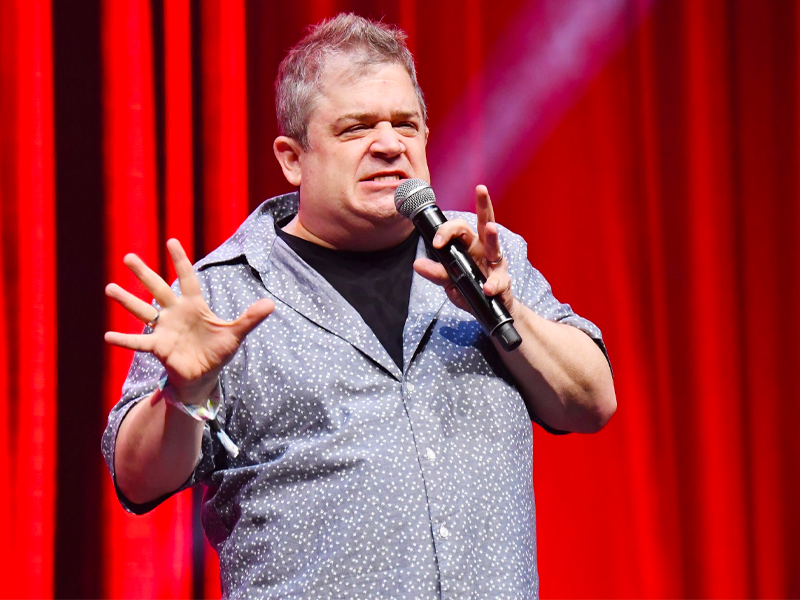 Patton Oswalt is an American stand-up comedian, actor, writer, and voice actor. He is best known for his roles in the television series The King of Queens, Parks and Recreation, and Agents of S.H.I.E.L.D. He is also best known as the voice of Remy in Pixar's Ratatouille. Oswalt is known for his sharp wit and observational humor. He often uses his comedy to comment on current events and social issues, such as gun control, racism, and the 2016 presidential election. He is also an outspoken advocate for mental health awareness, having spoken openly about his own struggles with depression and anxiety.

Oswalt began his career as a stand-up comedian in the late 1980s, performing at clubs and colleges across the United States. Having written for MADtv and starred in his own HBO comedy special in 1996, he has gone on to gain notable roles in films and television series. His HBO Comedy Half-Hour came out a year later. This led to a cascade of multiple comedy specials, with Patton Oswalt: We All Scream being the most recent.

Oswalt has won numerous awards for his work, including a Primetime Emmy Award for Outstanding Writing for a Variety Special for his Netflix special Patton Oswalt: Talking for Clapping. He has also been nominated for two Grammy Awards for Best Comedy Album.

In next year's Just For Laughs Vancouver, Patton Oswalt will be tickling with his dynamic sense of humor at the Queen Elizabeth Theatre in Vancouver this Saturday, February 25. Ticket reservations are now open!