Put your glasses on as you might want to see clearly the hilarious antics and Broadway-esque colorful performances of the one and only Randy Rainbow this Wednesday, October 12, at the Queen Elizabeth Theatre. Yes, the Emmy-nominated comedian and Internet celebrity will bring his “Pink Glasses Tour” to Canada for a night of superb singing, hilarious parodies, sparkly costume changes, and rib-ticking stage antics at Vancouver’s famous venue. The wind may be blowing cold during the Canadian fall, but Randy will undoubtedly bring the heat to the stage through his witty performance filled with shades towards politics and pop culture. Don’t miss this chance to see this online sensation in the flesh. Get your tickets now by clicking the “Get Tickets” link. 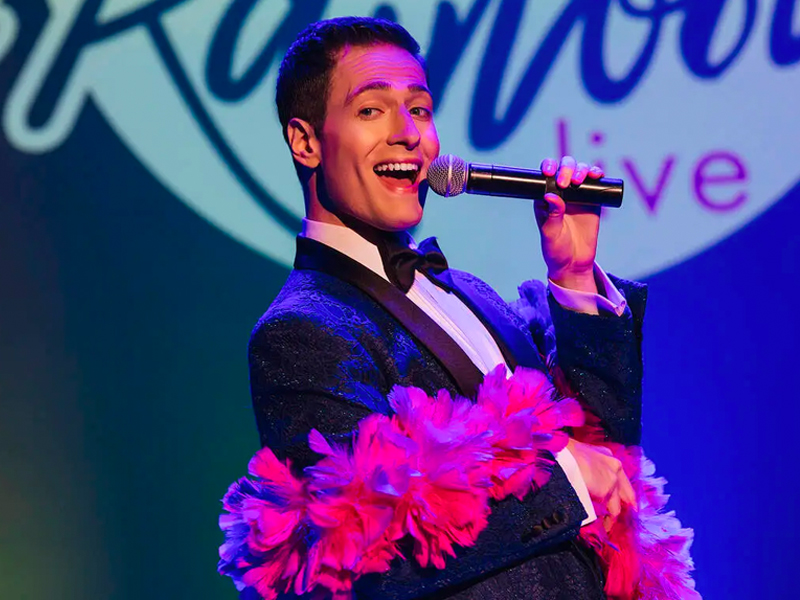 Known for his political satire and musical parodies, Randy Stewart Rainbow is an American comedian and musician best known for his parody hilariously creative interviews. His initial works included staging fake phone conversations with famous people by editing real audio clips of some famous celebrities. One of these staged calls, the Randy Rainbow is Dating Mel Gibson," went viral in 2010 and propelled the then 29-year-old comedian into internet stardom. This breakthrough was followed by "Randy Rainbow Calls Lindsay Lohan," "Randy Rainbow Calls Dr. Laura," and "The Morning After Chelsea's Wedding," among many others. These fake call skits were so popular that they would rack up hundreds of thousands of views in their initial upload time.

In 2016, Randy's career achieved higher heights after his works shifted to politics and music parodies. His videos about Donald Trump and the 2016 American presidential elections, in particular, were massive hits to fans worldwide.

In addition to his popularity as a satirist of popular music, he is also an accomplished singer-songwriter. In 2019, he released "Hey Gurl, It's Christmas!" as an EP. Later, in 2021, he published a studio album titled "A Little Brains, A Little Talent." From 2019 to 2021, Rainbow was nominated for a Primetime Emmy Award for "Best Short Form Variety Series."

This year, the four-time Emmy-nominated comedian-singer will embark on a tour dubbed as "Pink Glasses Tour." Randy Rainbow will visit 21 cities in a series of shows starting September 17 at Huntington, New York's The Paramount. He will make stops across North American cities, including Vancouver, on October 12 (Wednesday). Reserve your tickets for