Iconic female comedian Sara Silverman is embarking on a major stand-up outing this 2023! The outing, titled Grow Some Lips Tour, kicks off this winter and will send the Bob’s Burger star on a 21-date trek across major cities in North America! On Thursday, 23rd February 2023, Sara Silverman will make her only stop in Canada and perform at the Queen Elizabeth Theatre! The show is in line with Canada’s much-anticipated Just For Laughs Festival, with Silverman among its star-studded line-up. If you want to laugh out loud this winter, you better grab tickets to Sarah Silverman’s upcoming show at the Queen Elizabeth Theatre! 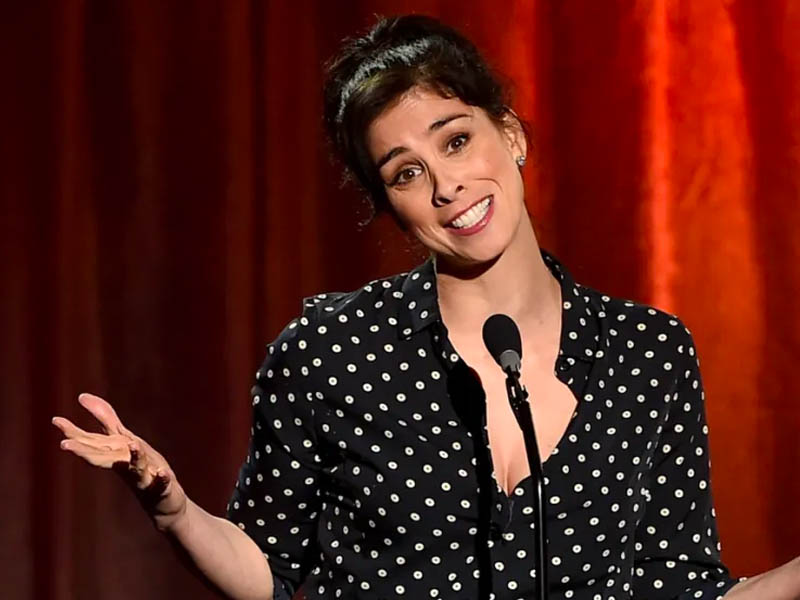 American comedian and actress Sarah Silverman have been a staple in the stand-up comedy scene. She has been among North America's top female stand-up performers for years. Her unique comedy style has garnered a massive following. Silverman began her career writing skits for Saturday Night Live. After that short stint, she moved on to star in HBO’s sketch comedy Mr. Show. In 1997, she scored a role in an independent film, Who’s the Caboose? During the rest of the ‘90s, Silverman made several appearances on various TV series, including Star Trek: Voyager, Seinfeld, The Money, Future’s End, V.I.P., and many more. Besides TV, she also starred in several feature films.

In 2005, Silverman dropped her first stand-up comedy film, Sarah Silverman: Jesus is Magic. The film earned over one million dollars at the U.S. box office. Two years later, Silverman’s sitcom, The Sara Silverman Program, was launched and aired on Comedy Central. The series portrayed Silverman’s fictionalized day-to-day activities. The show’s success earned Silverman a Primetime Emmy nomination. In 2008, she made an appearance on Jimmy Kimmel Live! She made a special music video with Matt Damon, which later went viral on Youtube. This special video earned Silverman her first Primetime Emmy Award for Outstanding Original Music and Lyrics.

In 2017, Silverman dropped her latest comedy special via Netflix, A Speck of Dust. The comedy concert delved into topics like post-health scares, hilarious facts, and gut-wrenching punchlines, making the comedy special a massive hit.

If you want to experience Sarah Silverman’s unique comedy style, you better grab tickets now to her show at the Queen Elizabeth Theatre!