Sashaying to the live theatre stage is her majesty herself, drag queen Sasha Velour. Season nine champion of RuPaul's Drag Race is heading out to the road, and taking her first solo tour, dubbed as "Smoke & Mirrors", to various locations and venues all over the country. Sasha Velour has painstakingly and passionately put together an act that incorporates music, magic, visual art spectacles, engaging storytelling — intended to incite, excite, enthrall, and indulge the audience. Sasha Velour will walk the red carpet and hit the stage of the Queen Elizabeth Theatre on Tuesday 26th November 2019. A royal and regal event that would bring out the queen in everyone. Book your tickets now! 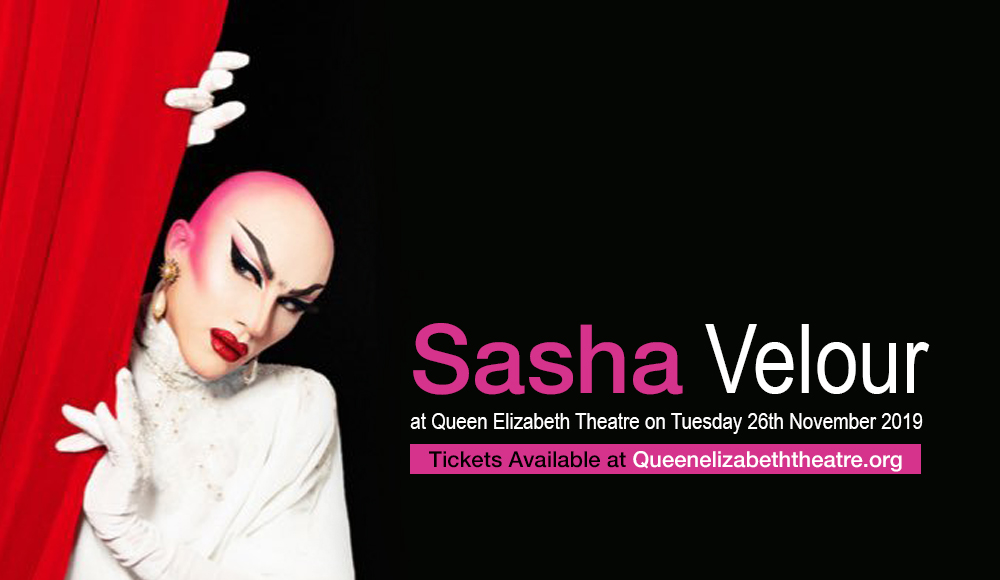 Sasha Velour won the crown in season nine of the Emmy-winning reality competition series, RuPaul's Drag Race. She made her mark of talent and artistry with rose petals and Whitney Houston. Now as she fulfills her reign, Sasha heads out from city to city, commanding numerous live performance stages with her first-ever solo and one-queen production she calls "Smoke & Mirrors".

“I am literally and figuratively shaking with excitement to embark on my first solo theater tour with Smoke & Mirrors! This production has been years in the making, and is without a doubt the most personal and honest I have ever been on stage…. I hope Smoke & Mirrors can be a new introduction of myself, as not only a crown-wearing drag queen, but also a real person with a very specific taste in colors!

“What really makes me proud of this show is when people tell me that Smoke & Mirrors inspired them to start painting again, to write their first novel, or to send in an application to their dream job. Some have even said it made them feel a sense of community, or helped them deal with grief or depression,” Velour continues. “Smoke & Mirrors is about ‘illusions,’ sure, but sometimes illusions are just tools to understand and cope with reality, to uncover the truth of who we are, or to bring some of our dreams into the spotlight.”

Sasha Velour is an artist at heart and by profession. Prior to being a full-time performing drag queen, she was a freelance graphic designer and illustrator by profession. Velour incorporates a lot of music, props, costumes, visual-magical effects that would fire up the senses and incite a range of emotions. Yet he often performs in drag bald as a tribute to her mother, Jane Hedges, who died of cancer in 2015 and had lost her hair during treatment for the disease.

This is just too awesome to miss. Don't be a drag; go and book yourself a ticket to see a queen!