Are you ready for some Explosions this November 8th at the Queen Elizabeth Theatre for one of the most epic rock concerts this fall? Catch the Juno-award-winning rock band from Ontario, Three Days Grace, as they perform their explosive hits such as "Good Life," "I Hate Everything About You," "Fallen Angel," and "Painkiller," among several other fan-favorite tunes. If your gloomy Tuesday night makes you sad, you don't need a Painkiller. What you need is to attend this Three Days Grace concert. Be wild and scream at the top of your lungs as you sing with the band and their special guests, The Warning & The Standstills. So, if all you want is a little of the good life, and all you need is to have a good time, you need to click that "Get Tickets" link to reserve your event passes for the band's one-night show at Queen Elizabeth Theatre. See you there! 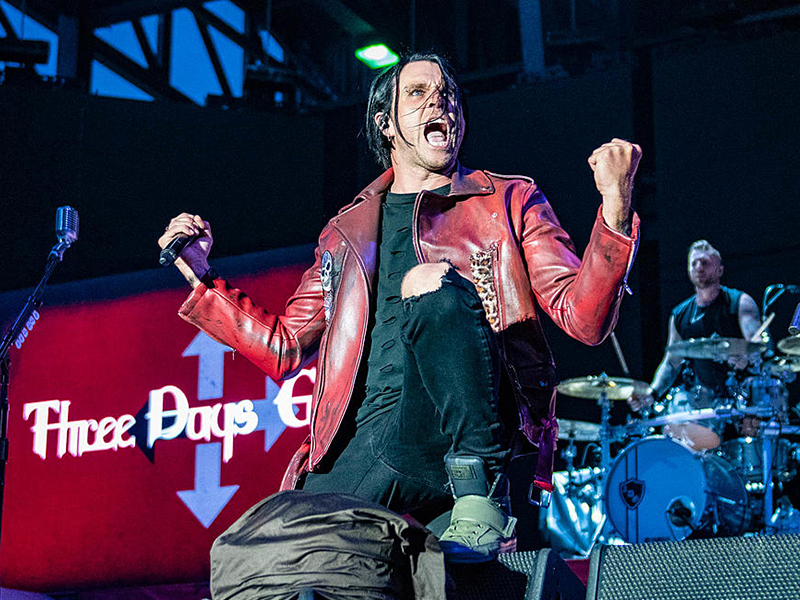 Starting to bash out punk chords when they were still teenagers, the band Three Days Grace was formed in Norwood, Ontario, in 1997. Their self-titled debut album was released in 2003 with the lead single "I Hate Everything About You. The song received heavy airplay and rapidly became widely recognizable, and was labeled as the band's "breakout hit."

With music that combines angst-fueled alternative rock, metal, and grunge elements, the Canadian band Th quickly established themselves as lynchpins of the post-grunge movement. The band found further success in their 2006 platinum-selling album "One-X," which dominated the Billboard Mainstream Rock chart. The same commercial success was achieved with their 2009 album "Life Starts Now" and 2012's "Transit of Venus."

A new album called "Explosions" is also underway this year. The band released a new single called "So Called Life" as the first single from their upcoming seventh studio album. It was followed by the promotional single, titled "Neurotic," featuring Lukas Rossi. Just this April, the band released "Lifetime" as the album's second radio single. The song was dedicated to the people of Mayfield, Kentucky, after an EF4 tornado hit the city in December 2021.

Today, the band is embarking on a North American tour to promote their latest album. With efforts to help the people in Kentucky, the band is taking things a step further by donating $1 from every ticket sold on their U.S. tour to the affected families.

In their Queen Elizabeth Theatre stop this November 8, the Ontario-native band will be joined by The Warning & The Standstills. The Warning is a Mexican rock band from Monterrey, Nuevo León, formed in 2013 by the Villarreal sisters. The band gained wider popularity after their guesting on "The Ellen DeGeneres Show." They are famous for their songs "Black Holes (Don't Hold On), "River's Soul," "Unmendable," and many others.

The Standstills, on the other hand, is a Canadian rock duo from Oshawa, Ontario. The pair comprises Jonny Fox on guitar and vocals and Renée Couture on drums. They have released three studio albums and 1 EP since 2011. They are famous for their songs, "Good God Damn," "Black Betty," and "Orleans."

Adding these two artists to the Three Days Grace concert in Vancouver's famous venue is definitely a treat to the crowd. If you don't want to miss out on the fun, grab your tickets to their show. Click on the "Get Tickets" button now!