Welsh pop legend Tom Jones comes to Queen Elizabeth Theatre on Saturday 2nd June 2018 for a night of classic hits, such as "What's New Pussycat", "I'll Never Fall in Love Again", "It's Not Unusual" and many more! The iconic crooner still has what it takes to enchant a crowd with his rich baritone and trademark charisma – make sure you don't miss out on seeing him live! 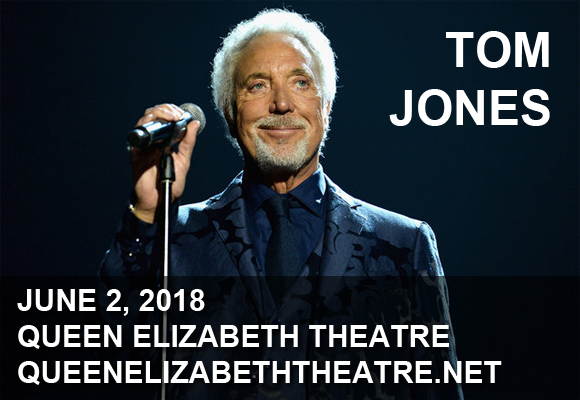 Welsh singer Tom Jones first began his career in 1963 as the lead singer for Tommy Scott and the Senators, but it was his second solo single, "It's Not Unusual" (1965), that launched him to international fame, reaching Number 1 in the UK and the Top Ten in the US. A string of smash hit singles followed and in 1967 Jones landed his first show in Las Vegas, where he played a week of shows annually until 2011. The singer received a Grammy Award for Best New Artist in 1966, an MTV Video Music Award in 1989, and two Brit Awards: Best British Male in 2000 and the Outstanding Contribution to Music award in 2003. He was also awarded an OBE in 1999 and in 2006 he was knighted by Queen Elizabeth II for services to music.