Another "UNHhhh-forgettable" Vancouver, Canada show from Trixie and Katya is underway this Thursday, October 6, 2022. Yes! Canadian fans of the dynamic duo would be ecstatic to know that the Queens will have a second show at the venue fit for the Queens: Queen Elizabeth Theater. So be ready for giant wigs, full corsets, on-point makeup, and flamboyant costumes from two of the most famous stars to spring from RuPaul's Drag Race. Let Trixie and Katya's theatrical eroticism and hilarious ingenuity bring fun to your Thursday night. Get hold of your tickets now, and be ready to laugh the night away with this UNHhhhforgettable show that will give your friends a good time. 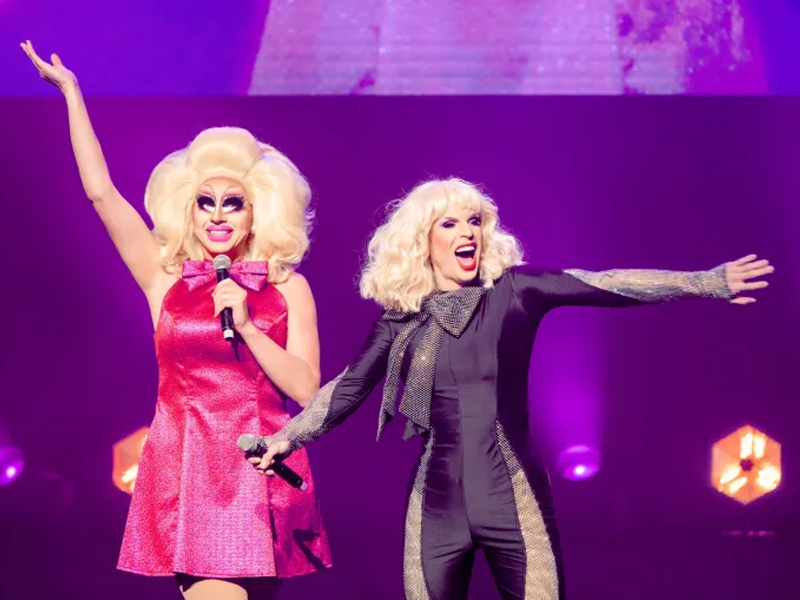 Trixie and Katya's stint on the famous reality show "RuPaul's Drag Race" really propelled their career to greater heights. The dynamic duo of Trixie Mattel and Katya Zamolodchikova launched their popular comedic web series "UNHhhh," which also launched a spin-off series in VICE. This allowed them to be featured on bigger, wider platforms. Their brand of drag comedy allowed the two queens to entertain people in a fun and unique. Thus, the two became a household name among drag fans worldwide.

Over the years, Trixie and Katya ventured into fields outside stage comedy. They redefined what it means to be a "drag queen" in today's generation by being successful businesswomen, launching their own products, and being New York Times Best Seller authors, co-authoring their book "Trixie and Katya's Guide To Modern Womanhood." While best known for their antics and quick wits, they proved that they are more than the big wigs, heavy makeup, and humor — trailblazer queens indeed!

The duo will take over Canada's Queen Elizabeth Theatre for a glamorous yet hilarious two-night show. This was initially scheduled for October 5th only. However, demands for tickets skyrocketed. Well, who could blame Canadian fans, right? Who wouldn't be captivated by these two outlandish drag queens' sweet antics and quick wits? Thus, a second show is a must!

So if you haven't had the chance to book your tickets for their show, this is your chance to get a hold of one. Click on the "Get Tickets" button to secure your event passes! See you there for this "UNHhhh-forgettable" evening!