Still reeling in from that phenomenal blockbuster motion picture "Bohemian Rhapsody"? The music and iconic stature of Queen is that kind of magic that you just can't get over with and shake off. The Queen-fever is on! The new year 2020 will start with a bang as "We Will Rock You" returns to the live stage, with a tour de force that would take it to North America. Touted as the fifteenth longest-running musical in West End history, this jukebox musical will rock the Queen Elizabeth Theatre on Saturday 11th January 2020. Arise Queen fans and cop those tickets before it runs out. Click 'buy tickets' on this site, right here, right now! 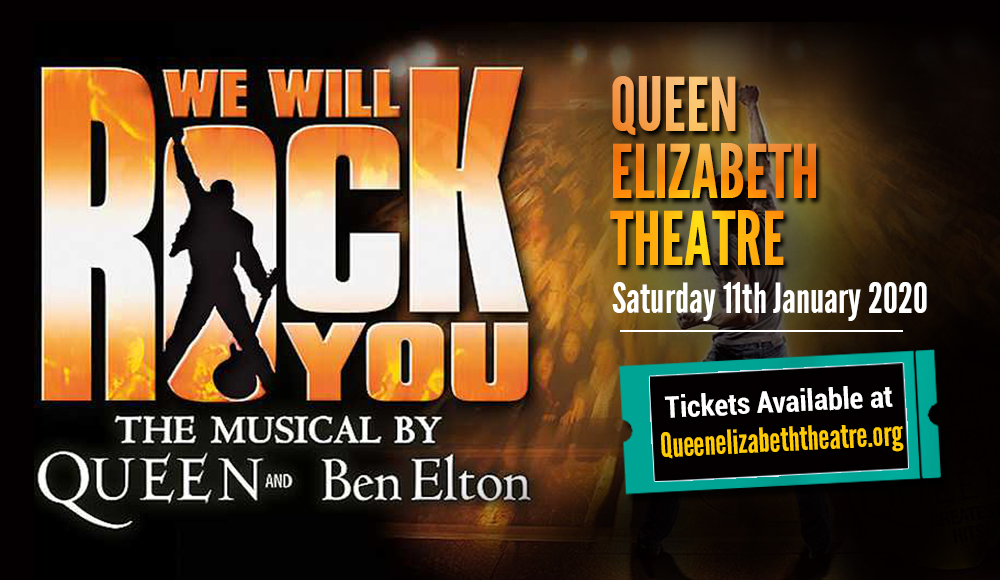 The London – West End production of "We Will Rock You" may have had its curtains closed last 31 May 2014, with no less than Brian May and Roger Taylor themselves, gracing it with a concluding live performance. With the screening of the movie "Bohemian Rhapsody", the music and the story of Queen has gone fever pitch once more. Indeed, there's no better timing than now in bringing back to the live stage the fifteenth longest-running musical in West End history.

Based on a story by Ben Elton, "We Will Rock You" brings us to a distant future where techonology has erased all forms of music and individuality. Will the Bohemians represented lead heroes Galileo and Scaramouche slay the Killer Queen to bring back music that revitalized and rocked the kingdom — the greatest hits such as We Are the Champions,” “Radio Ga Ga,” “I Want To Break Free,” “Somebody To Love,” “Killer Queen,” “Don’t Stop Me Now,” “Under Pressure,” “Bohemian Rhapsody,” “Another One Bites The Dust,” and “We Will Rock You", plus many, many more? The story, the humor, the music — it's that kind of magic that will truly rock you from beginning to end!

Tickets are on sale now! Book them in a flash!