Still got that 'Bohemian Rhapsody' hangover? Well, here's another Queen-fest to fill your senses with the inebriating sounds of Queen. The original Queen-inspired jukebox musical "We Will Rock You" that rocked the West End has made its way to North America. Things will definitely shake-up as the musical hits the stage of the Queen Elizabeth Theatre on Friday 10th January 2020. No, this is not a staging of the Freddie Mercury bio. It is a journey into the future where the story would unfold with buckets of humor and sing-along-inducing music of Queens greatest hits. This is a fresh, new way of enjoying the music of Queen. Don't pass on this exciting opportunity. No time to waste, book your tickets now! 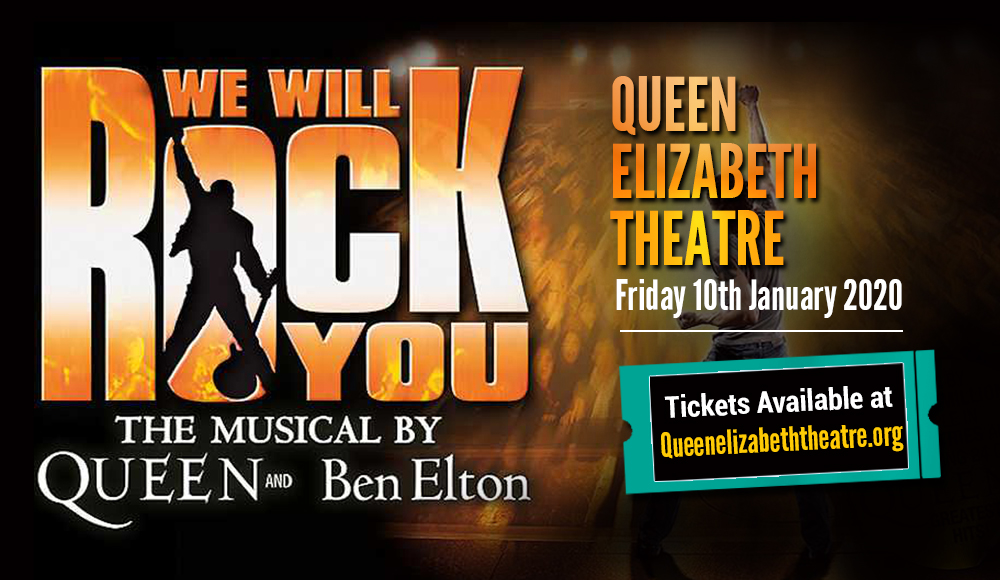 The timeless and boundless music of Queen serves as an inspiration and could trigger countless creative pursuits. Still reeling from the box-office success of "Bohemian Rhapsody", another Queen-inspired magnum opus comes to the fore. "We Will Rock You" is a West End production that has run since 2002. It has become an audience favourite, becoming the longest-running musical at the Dominion Theatre, that celebrated its tenth anniversary on 14 May 2012. As it closed its curtains in 31 May 2014 for its final performance, no less than Brian May and Roger Taylor performed onstage to cap the show to its rousing finale. It has become the fifteenth longest-running musical in West End history.

As this Queen-inspired jukebox musical gets a 2020 reboot, "We Will Rock You" will journey its way to North America. If the bio "Bohemian Rhapsody" delves into the past, life and times of Freddie Mercury with the band, "We Will Rock You" is based on a book by Ben Elton, set in a dystopian futuristic and technologically-driven society where music and individuality are erased. It’s also a creative cautionary tale for the cyberage.” The plot is told amidst a booming soundtrack brimming with nothing but Queen's greatest hits — “We Are the Champions,” “Radio Ga Ga,” “I Want To Break Free,” “Somebody To Love,” “Killer Queen,” “Don’t Stop Me Now,” “Under Pressure,” “Bohemian Rhapsody,” “Another One Bites The Dust,” and “We Will Rock You,” plus many more

The press has spoken…

“One of the best shows I’ve seen in yonks. An evening of sheer entertainment and enjoyment" – Daily Mirror

If you are a true Queen fan, then make your #imho count! Secure your seat and book your tickets now!