YES – they’re back!! Prog’s favorite band are coming to showcase their incredible talent LIVE at Queen Elizabeth Theatre – with support from Todd Rundgren, the band that brought you “Owner Of A Lonely Heart,” will be taking to the stage on Tuesday 5th September 2017… grab your tickets before it’s too late! 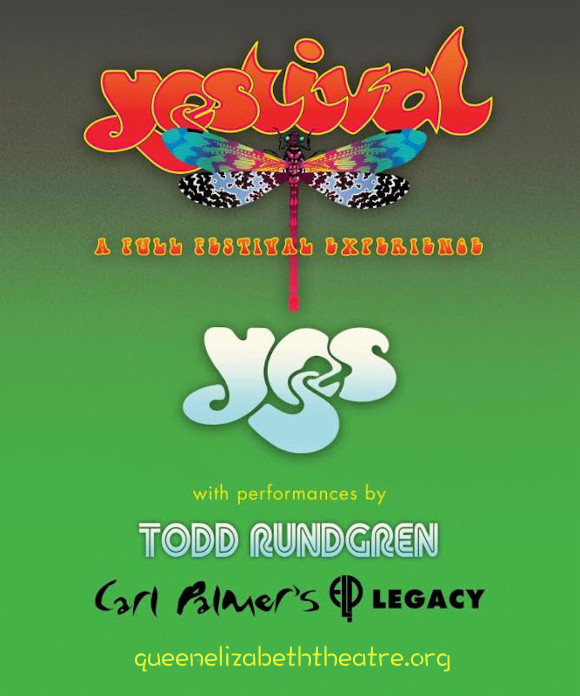 One of the most well-known bands of the 60s and 70s, starting out mostly as a cover band before developing the progressive rock sound they’re so known for today. With their massive successes “The Yes Album”, “Fragile” and “Close to the Edge,” together with the iconic song “Owner Of A Lonely Heart,” Yes are one of the oldest and most respected bands in the progressive rock genre.

Yes’ new tour will feature songs from across their career, in contrast to their usual album-focused shows. “We are looking forward to presenting songs from each of the first nine studio albums,” said guitarist Steve Howe, excitedly discussing the new tour. “Including some surprises.”