Proud shirtless, dad-bod comedian, Bert Kreischer is coming to Queen Elizabeth Theatre in Vancouver on Thursday, January 13th, 2022. Look out, Canada, you are never going to be the same again… You have been warned, this is set to be an all-ages comedy show, but some very strange things happen around Bert, so don’t miss your chance to catch The Machine live on tour again for the first time since Covid-19 temporarily brought the party, that never ends to an untimely halt. 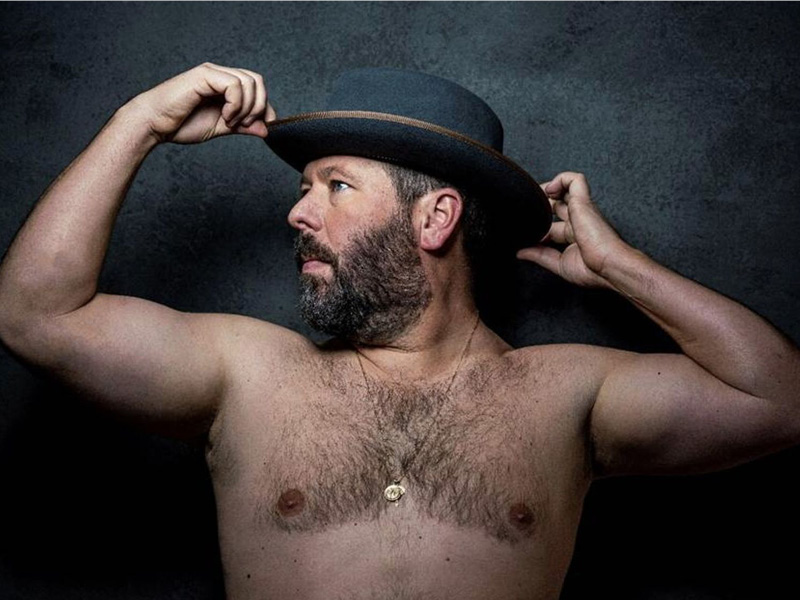 Bert Kreischer has become one of the hottest stand-up comedy acts on the scene. In addition to several Netflix specials and his Bertcast podcast, Kreischer is also the author of the memoir, Life of the Party: Stories of a Perpetual Man-Child. Along with increasingly successful comedy tours, he should eventually have an upcoming movie based on one of his most famous routines.
Named, "the top partyer at the Number One Party School in the country,” by Rolling Stone Magazine. When he ran for president of his college fraternity, he gave his campaign speech naked, declaring he "had nothing to hide.” “That was my platform," he continued. "It killed, and it killed because once the shock of me being naked wore off, I'm still delivering a nine-minute speech naked." The following year, Kreischer ran again. Not only did he give his speech in the nude, but he upped the ante by taking a bowel movement atop a pizza box. "All hell was breaking loose," he told the Post, admitting he may have pushed the envelope a bit too far. "I swear to you, there were people jumping out of windows."
Bert Kreischer has become known for his sans-shirt stand-up, proudly rocking his dad-bod physique. During an appearance on Conan, Kreischer was asked why he hits the stage shirtless. "I dunno man, I like to party," Kreischer explained. "I found that when I take my shirt off, people wanna drink… there was a period in college when I took my pants off, too."