The talk of the town in today's concert scene is none other than Canadian indie rock band July Talk. "Live at Last" — the current tour leg and July Talk's first full tour since the pre-pandemic era. After a handful of distanced and virtual shows prior to this, the buzzword goes on as fans are now going ticket hunting for one of July Talk's most anticipated shows. Catch July Talk "Live at Last" at the Queen Elizabeth Theatre on Wednesday 22nd December 2021. You don't have to go out on a limb as you can score tickets without leaving your seat. Click on the 'Get Tickets' link now! 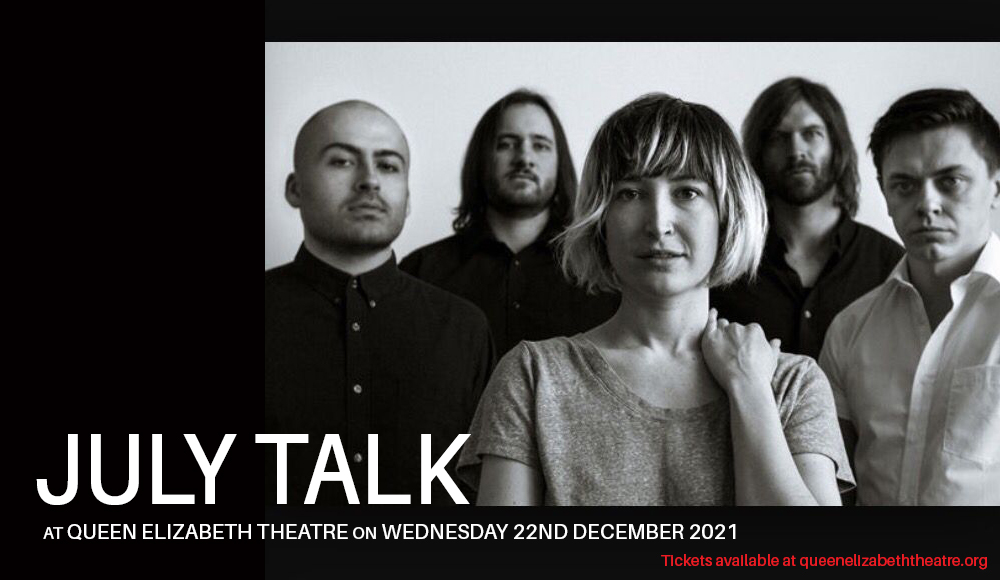 Word is out. July Talk goes "Live at Last". Fans are ecstatic over the news as the band officially dropped tour dates for the season:

"We're over the moon to be announcing our first in-person concert tour since the pandemic! As you know, July Talk was born on the stage, and we miss performing for you so much.

We are visiting some of the most beautiful venues in the country. It feels surreal to picture each and every one of your faces illuminated in stagelight, dancing and singing together at last! It will truly be one of the greatest feelings imaginable.

We can't wait to see you, and we promise to make it our most incredible show yet. Until then, we send our love + admiration for all that you have overcome this past year."

July Talk is an Indie – blues – alternative rock band hailing from Toronto, Ontario, and formed in the year 2012. Their self-titled debut album released that same year was given the Juno Award for Alternative Album of the Year. They have released three studio albums to date, and all three have won the Juno Award for Alternative Album of the Year. Music press and critics have also been raving about the album, with Louis Roberts of CultureFly credits the album as "a tour de force in how to refresh a genre," adding, "the debut album from July Talk is an aggressive, assertive and irresistibly mischievous slice of 21st-century blues-rock."

Apart from tremendously great music, fans can't stop talking about how astoundingly good they are on the live stage. Reputation of their explosive live performances has spread fast, hence their crowds have grown bigger and stronger as they go on the road. 'Nuff talk. Go, get your tickets now!