The creator and star of After Life, The Invention of Lying, The Office, Derek and Extras. The winner of seven BAFTAs, two Emmys, three Golden Globes and five British Comedy Awards. Ladies and gentlemen, presenting Ricky Gervais! One of the most influential British comedians since Charlie Chaplin, and he is back across the pond with his brand-new show Super Nature at the Queen Elizabeth Theatre on Thursday August 27th 2020. Buy your tickets now for a hilarious stand-up routine, this is definitely England’s funniest man! 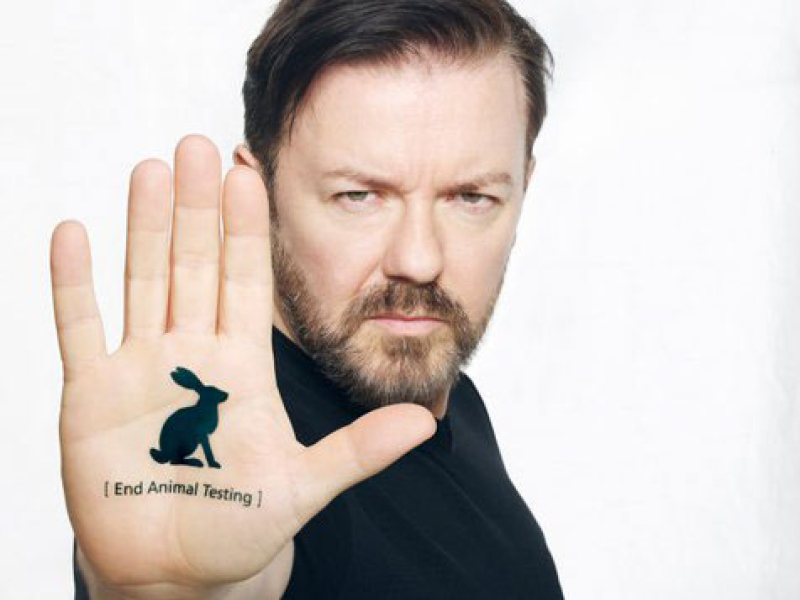 Ricky Gervais, best known for co-creating, writing, and acting in the British television series The Office. He is considered one of the most influential British comedians since Charlie Chaplin, he received the Charlie Chaplin Britannia Award for Excellence in Comedy 2016, and has numerous credits as a screenwriter, director, producer, musician, author and film actor, starring in the Hollywood movies Ghost Town, the Night at the Museum trilogy and Muppets Most Wanted. The creator and star of After Life, The Invention of Lying, Derek, The Ricky Gervais Show, An Idiot Abroad, Life's Too Short, Extras and The Office. Gervais guest-starred in an episode of The Simpsons entitled "Homer Simpson, This Is Your Wife". He is the only British comic to write and star in a Simpsons episode.
Gervais hosted the 67th, 68th, 69th, 73rd and 77th Golden Globe Awards, his 2020 hosting performance has garnered both praise as well as negative critique from the public and press, in particular his opening monologue which took aim at the Hollywood Elite crowd to which he was performing.
Gervais has been incredibly busy as of late. His darkly comic Netflix series After Life, which he writes, directs and stars in, begins filming Season 2 in September. Fans can also hear him on his weekly radio show Deadly Sirius on Sirius XM as well as in the forthcoming animated features The Willoughbys and Blazing Samurai.